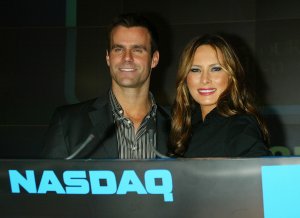 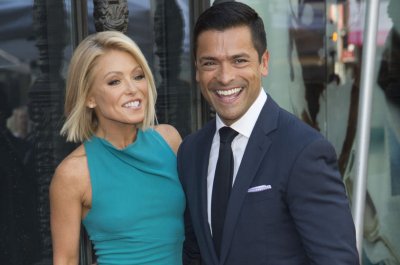 TV // 5 years ago
Alison Sweeney, Cameron Mathison to star in Hallmark Channel movie franchise
Alison Sweeney and Cameron Mathison are to star in "Chocolate Chip Cookie Murder," a small-screen adaptation of the Hannah Swensen book series.
TV // 7 years ago
Michaele Salahi, Neal Schon plan pay-per-view wedding
Michaele Salahi, notorious for crashing a White House party, is planning a "dream wedding" to rocker Neal Schon in San Francisco and on pay-per-view.
Blog // 7 years ago
Michaele Salahi, Journey's Neal Schon plan pay-per-view wedding
Michaele Salahi and Neal Schon's will wed on live television December 15.
TV // 7 years ago
Rachel Blanchard, Jack Wagner to star in Hallmark pilot
Jack Wagner, Cameron Mathison and Rachel Blanchard are to begin shooting the TV pilot "My Gal Sunday" in Vancouver Wednesday, the Hallmark Channel announced.
Entertainment News // 9 years ago
People in the news
The latest news on today's hottest celebrities ...
TV // 9 years ago
'All My Children' wraps up on ABC
"All My Children" ended its 41-season run on ABC Friday with a cliffhanger, paving the way for a new Internet version of the U.S. soap opera.

Not one single bit of me wanted to go home

That time was tough because I thought I did pretty well

Cameron Arthur Mathison (born August 25, 1969) is a Canadian actor and television host, perhaps best known for his role as Ryan Lavery on the ABC soap opera All My Children — a role which he has played from December 15, 1997 to 2002, and currently since 2003. He also hosted the reality show, I Wanna Be a Soap Star, as he has since its 2004 debut on SoapNet, and the game show Your Place or Mine?, which debuted in June 2008 on TLC. Mathison was featured as a celebrity dancer on the fifth season of ABC's Dancing With The Stars, where he and his professional partner, Edyta Śliwińska, were eliminated just one week shy of the semifinals. He serves as a special correspondent for the television show Extra, and co-hosted the 35th Annual Daytime Emmy Awards in 2008.

Cameron Mathison was born on August 25, 1969 in Sarnia, Ontario, Canada. At an early age, he was diagnosed with Perthes disease, and spent nearly four years with braces on his legs. As a result of early treatment, Mathison has avoided the arthritis that is usually representative of Perthes disease cases. Mathison attended Thornlea Secondary School in Thornhill, Ontario and McGill University in Montreal, Quebec. He graduated in 1991 with a Bachelor's Degree in Civil Engineering.

Mathison made his feature film debut in 54. He followed up this appearance with a leading role in the Canadian independent movie Washed Up. Around this time, he was hired to play the role of Ryan Lavery on All My Children in December 1997, filming his first scenes on December 15. Mathison first appeared on-screen in the January 12, 1998 episode. In 2004, he guest starred on the teen show "What I Like About You", Starring Amanda Bynes and Jennie Garth.

FULL ARTICLE AT WIKIPEDIA.ORG
This article is licensed under the GNU Free Documentation License.
It uses material from the Wikipedia article "Cameron Mathison."
Back to Article
/