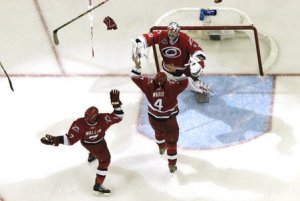 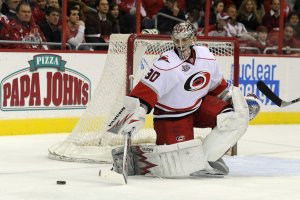 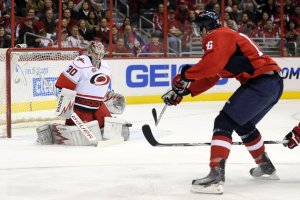 NHL // 1 year ago
Blackhawks aim to continue momentum vs. skidding Wild
CHICAGO -- Coming out of a three-day holiday break, the Chicago Blackhawks are hoping to re-establish some of the momentum they have built of late.

NHL // 1 year ago
Roles reversed in Avalanche-Blackhawks game
In the years the Chicago Blackhawks were annual Stanley Cup contenders, the Colorado Avalanche seemed to find ways to beat them despite being a perennial lottery team. 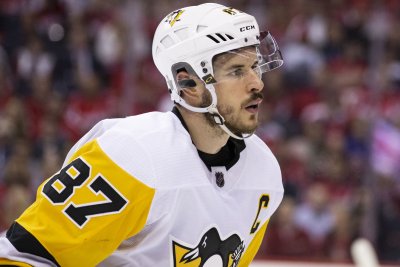 We're playing the game the right way, offensively the chances are coming, the power play is cranking out chances left and right, we just can't drop one

Cameron Kenneth Ward (born February 29, 1984) is a Canadian professional ice hockey goaltender currently playing for the Carolina Hurricanes of the National Hockey League (NHL). Born in Saskatoon, Saskatchewan, he was raised in Sherwood Park, Alberta. During his three-year junior career in the Western Hockey League (WHL), he was selected 25th overall by the Hurricanes in the 2002 NHL Entry Draft. After a season with the Hurricanes' American Hockey League (AHL) affiliate, the Lowell Lock Monsters, he won the Stanley Cup with the Hurricanes in 2006. He became the first starting goaltender to win the NHL championship as a rookie since Patrick Roy in 1986.

Ward spent his junior career with the Red Deer Rebels of the Western Hockey League. After appearing in one game for the Rebels in 2000–01, Ward played three full seasons with the team from 2001–2004, leading them to the WHL finals twice. Ward was drafted 25th overall by the Carolina Hurricanes in the 2002 NHL Entry Draft. Upon graduating from the WHL, Ward signed a multi-year, entry-level contract with the Hurricanes on May 13, 2004. Due to the 2004–05 NHL lockout, he was assigned to Carolina's American Hockey League (AHL) affiliate, the Lowell Lock Monsters, for the season.

Joining the Hurricanes for the 2005–06 NHL season, Ward largely served in a backup role to Swiss goalie Martin Gerber during the regular season. He made his NHL debut on October 5, 2005, replacing Gerber after the starter injured his hamstring. He saved 10 of 11 shots in the third period, as the Hurricanes lost 5-2 to the Tampa Bay Lightning. He made his first NHL start the following game two days later in the club's home opener against the Pittsburgh Penguins. Ward turned aside Mario Lemieux, Žigmund Pálffy, and Sidney Crosby, in a shootout, as the Hurricanes won 3–2. Ward completed his NHL rookie season with 14 wins and 8 losses, along with a 3.68 goals against average (goals against average).

FULL ARTICLE AT WIKIPEDIA.ORG
This article is licensed under the GNU Free Documentation License.
It uses material from the Wikipedia article "Cam Ward."
Back to Article
/