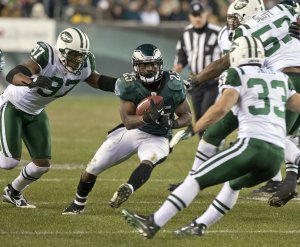 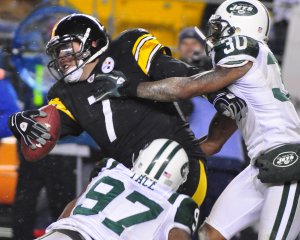 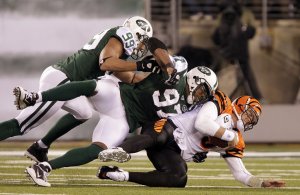 NFL // 5 years ago
NFL: Training camp battles for all 32 teams
As most National Football League teams plunged into their first full week of training camp Monday, here is a closer look at interesting battles already heating up. 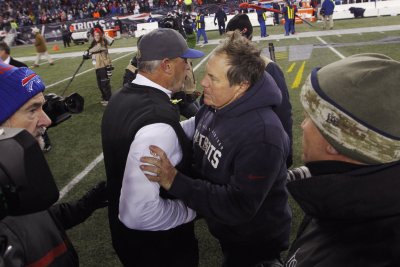 NFL // 5 years ago
AFC East training camp primer: Bills, Dolphins, Jets, Patriots
For those who actually thought there was an offseason in the National Football League, here is close look at the many changes on AFC East teams since they last lined up for a game: 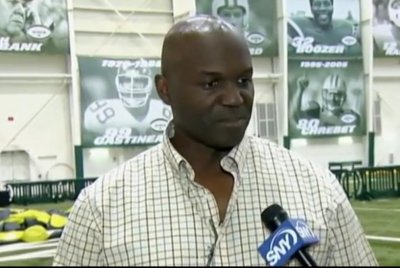 Calvin Lamar Pace (born October 28, 1980 in Detroit, Michigan) is an American football linebacker for the New York Jets of the National Football League. He was drafted by Arizona Cardinals in the first round (18th overall) in the 2003 NFL Draft. He played college football at Wake Forest.

In 1999, Pace played in seven games, and ranked 27th on the team in tackles. For the season he recorded four tackles, two for a loss, two sacks and one pass deflected.

FULL ARTICLE AT WIKIPEDIA.ORG
This article is licensed under the GNU Free Documentation License.
It uses material from the Wikipedia article "Calvin Pace."
Back to Article
/