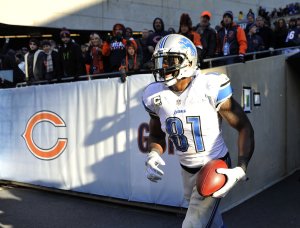 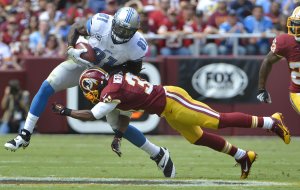 Soccer // 4 months ago
NFL Honors, basketball, golf fill Super Bowl weekend sports schedule
Super Bowl LV might be focus of the weekend, but plenty of other sporting events fill the calendar from Friday through Sunday. Dozens of basketball games, a golf tournament and the NFL Honors also pack the schedule. 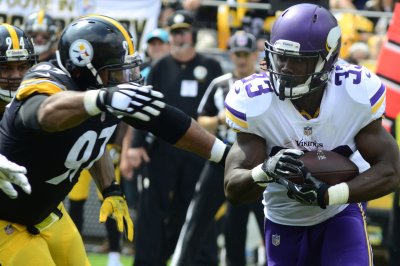 NFL // 2 years ago
Lions face pivotal game in division matchup vs. Vikings
With a 3-4 record, the Detroit Lions are still in the thick of the NFC North race, just a game out of first place. But they will go into Sunday's pivotal road game against the Minnesota Vikings (4-3-1) without their top receiver. 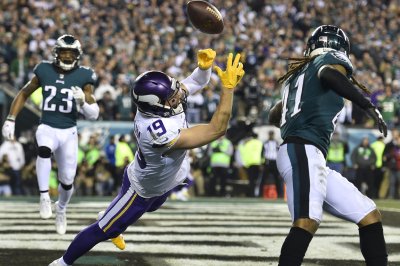 NFL // 2 years ago
Turnovers prove costly in Vikings' loss to Saints
Minnesota Vikings receiver Adam Thielen said he hadn't looked back at the replays of his fumble on Sunday night against the New Orleans Saints.

NFL // 2 years ago
Saints pay back Vikings, earn sixth straight win
Two receivers who had propelled the Vikings' passing game to a historic start made rare errors as the Minnesota Vikings lost to the New Orleans Saints.

Calvin Johnson, Jr. (born September 25, 1985 in Tyrone, Georgia) is an American football wide receiver for the Detroit Lions of the National Football League. He was drafted by the Lions second overall in the 2007 NFL Draft. He played college football at Georgia Tech.

Johnson has a rare combination of size (6 ft. 5 in., 236 lb/ 196 cm, 107 kg), speed (4.35 sec 40-yard dash), strength, leaping ability (more than 45 in or 110 cm vertical jump), body control and hand–eye coordination. It is often mentioned that he is also very humble and well-mannered, and did well academically at Georgia Tech. He has been nicknamed "Megatron" by Lions coaches and fans.

Johnson was born to Calvin and Arica Johnson on September 25, 1985 in Tyrone, Georgia. Johnson was 6 feet tall in middle school, and 6 feet 4 inches in 10th grade. He attended Sandy Creek High School in Tyrone, Georgia and was a student and a letterman in football. In football, he was a three year starter as a wide receiver. As a sophomore, he made 34 receptions for 646 yards and 10 touchdowns. As a junior, Johnson caught 40 passes for 736 yards and eight touchdowns.

FULL ARTICLE AT WIKIPEDIA.ORG
This article is licensed under the GNU Free Documentation License.
It uses material from the Wikipedia article "Calvin Johnson."
Back to Article
/