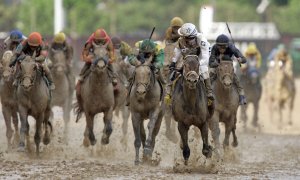 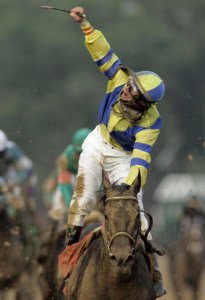 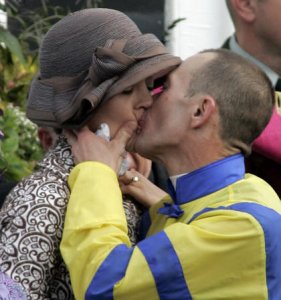 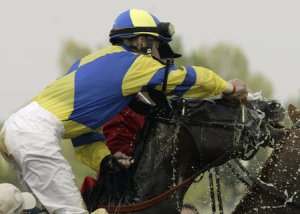 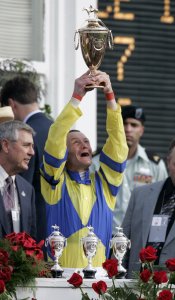 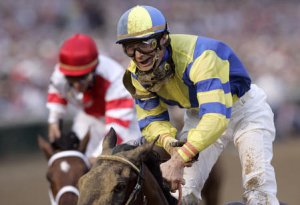 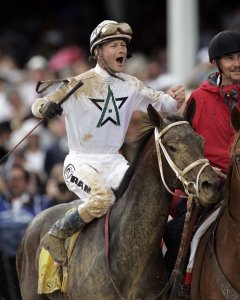 Sports News // 4 months ago
Kentucky Derby weekend sparks memories of big upsets
This weekend marks the first time since World War II that the Kentucky Derby will be postponed, leaving fans with memories of last year's peculiar finish -- and a chapter of other unexpected victories in Derby history. 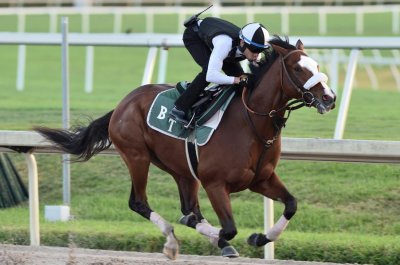 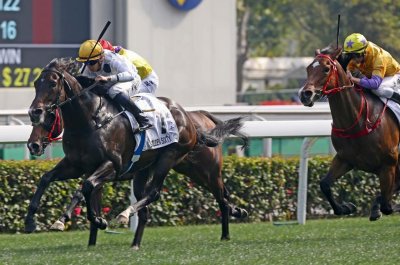 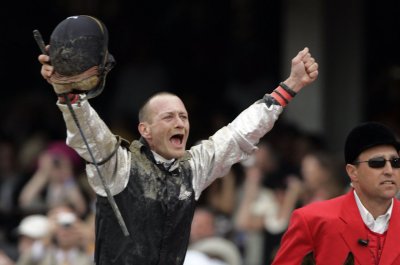 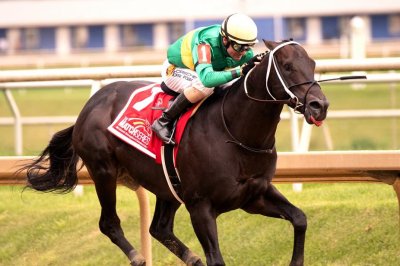 The timing would be pretty good on that one. Of course, we'd love to stay at Churchill, our home track, but the (Stephen) Foster is in three weeks and it'd be awfully tough. We'd have to run against Einstein

I think they did the right thing by running her today

I think five or six months from now, you're going to see a really good filly, this filly, because she's just coming around

Calvin H. Borel (born November 7, 1966) is an American jockey in thoroughbred horse racing and rode the victorious mount in the 2007 Kentucky Derby, the 2009 Kentucky Derby and the 2010 Kentucky Derby. His 2009 Derby win with Mine That Bird was the second biggest upset in Derby history behind Donerail, and Borel's winning margin of 6 3⁄4 lengths was the greatest in Derby history since Assault won by 8 lengths in 1946. On May 1, 2009, Borel won the Kentucky Oaks aboard Rachel Alexandra, only the second time since 1993 that a jockey has won the Oaks-Derby combo and just the seventh jockey overall to accomplish this feat in the same year. On May 16, 2009, Borel won the 2009 Preakness Stakes at Pimlico with thoroughbred filly Rachel Alexandra. In doing so, Borel became the first jockey to win the first two jewels of the Triple Crown on different mounts. Borel's nickname is Bo"rail" because he stays so close to the rail at Churchill Downs to save ground.

Calvin Borel hails from south Louisiana: the heart of Cajun Country, and famous for having produced a number of top jockeys since 1990. Like Randy Romero, Kent Desormeaux, and Shane Sellers, Borel began racing horses in the bush tracks near his hometown of Catahoula. Borel began riding in match races at the age of eight. Calvin is known for his Cajun accent and bubbly and emotional personality, both of which were on full display during his post-victory interview after all three Kentucky Derby wins.

FULL ARTICLE AT WIKIPEDIA.ORG
This article is licensed under the GNU Free Documentation License.
It uses material from the Wikipedia article "Calvin Borel."
Back to Article
/