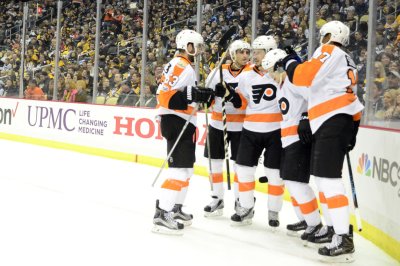 NHL // 3 years ago
New York Islanders prep for long trip with win vs. New Jersey Devils
NEW YORK -- As a veteran of 10 NHL seasons and the father of three children, Andrew Ladd grinned Sunday night when he was asked what his New York Islanders teammates could expect when a nine-game road trip -- the longest road trip in franchise history -- begins Tuesday night. 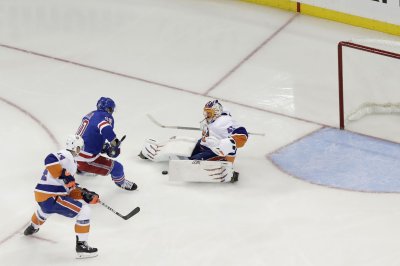 NHL // 3 years ago
New York Islanders continue to give New York Rangers trouble with 4-2 win
NEW YORK -- For John Tavares, frustration turned to persistence in a span of mere seconds.

NHL // 3 years ago
Brock Nelson nets New York Islanders wild OT win over Toronto Maple Leafs
NEW YORK -- There have been bigger and more unexpected comebacks in sports over the last 48 hours than the one accomplished Monday night by the New York Islanders.

Sports News // 4 years ago
New York Islanders take Game 1 in Tampa
TAMPA, Fla. -- Two months ago, Shane Prince was a rookie in Ottawa, but on Wednesday night, he scored twice for the New York Islanders.

Calvin Shane Clutterbuck (born November 18, 1987) is a Canadian ice hockey winger currently playing for the Minnesota Wild of the National Hockey League (NHL). He is notable for having "the prototypical hockey player name" according to Don Cherry.

Clutterbuck grew up playing minor hockey for his hometown Welland Tigers in the OMHA's South Central AAA League. After his Bantam season, he played one year with the Welland Canadians Jr.B. club of the OHA in 2002-03.

Clutterbuck played junior hockey in the Ontario Hockey League (OHL) with the Toronto St. Michael's Majors and Oshawa Generals. He was drafted by the Minnesota Wild in the 3rd round, 72nd overall in the 2006 NHL Entry Draft. Clutterbuck signed a three-year entry level contract with the Wild on May 31, 2007.

FULL ARTICLE AT WIKIPEDIA.ORG
This article is licensed under the GNU Free Documentation License.
It uses material from the Wikipedia article "Cal Clutterbuck."
Back to Article
/