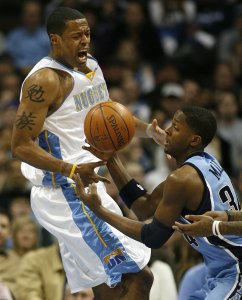 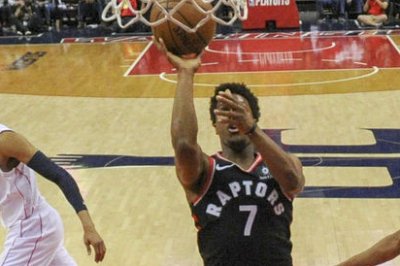 NBA // 2 years ago
Raptors return home to face dysfunctional Wizards
TORONTO -- The Washington Wizards needed that victory over the Los Angeles Clippers on Tuesday as they try to get their act together.

NBA // 2 years ago
Celtics, Raptors aim to build off strong openers
TORONTO -- The Boston Celtics and the Toronto Raptors each had a couple of questions answered in their season-opening victories.

NBA // 2 years ago
Raptors look to close out Wizards
Exactly one year ago, the Toronto Raptors clinched a postseason series on the road.

NBA // 2 years ago
Wizards aim for repeat of Game 3 vs. Raptors
WASHINGTON -- The Wizards' All-Star duo turned in star performances Friday night and now Washington has a chance to even its first-round series with the top-seeded Toronto Raptors on Sunday at Capital One Arena.

NBA // 2 years ago
Irving, Morris may return when Celtics face Raptors
TORONTO -- The Boston Celtics could have both Kyrie Irving and Marcus Morris back in the lineup Tuesday night when they play the Toronto Raptors at the Air Canada Centre.

Miles led Skyline to the Class 5A Region II quarterfinals as a senior and was named All-Dallas Area Player of the Year by The Dallas Morning News. He was also named a 2005 McDonald's High School All-American. He was listed as the 19th best senior prospect by Rivals.com and ranked the 10th best senior in the country by Scout.com.

FULL ARTICLE AT WIKIPEDIA.ORG
This article is licensed under the GNU Free Documentation License.
It uses material from the Wikipedia article "C.J. Miles."
Back to Article
/