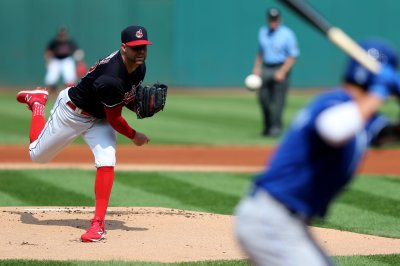 Carsten Charles "CC" Sabathia (born July 21, 1980, in Vallejo, California) is an American Major League Baseball starting pitcher for the New York Yankees. His contract with the Yankees is the richest contract for a pitcher in the history of baseball.

Sabathia played the first seven plus seasons of his career with the Cleveland Indians where he won the 2007 AL Cy Young Award, and played the second half of the 2008 MLB season with the Milwaukee Brewers, leading them to the NL Wild Card.

Sabathia attended Vallejo High School, where he lettered in baseball, basketball, and football. In baseball, he compiled a mark of 6–0 with an 0.77 ERA (46.2 IP, 14 H, 82 K) during his senior season. Coming out of the draft he was the top high school prospect in Northern California according to Baseball America.

FULL ARTICLE AT WIKIPEDIA.ORG
This article is licensed under the GNU Free Documentation License.
It uses material from the Wikipedia article "C.C. Sabathia."
Back to Article
/