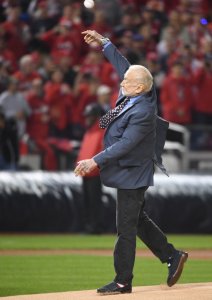 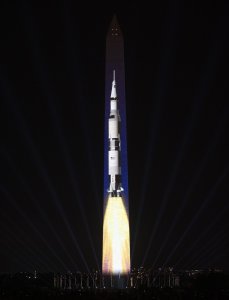 Top News // 2 years ago
The Almanac
On July 21, 1969, U.S. astronauts Neil Armstrong and Edwin "Buzz" Aldrin, lifted off from the moon in the Apollo 11 lunar module Eagle.

Science News // 2 years ago
Astronauts arrive at space station 50 years after moon landing
NASA astronaut Andrew Morgan, Luca Parmitano of ESA and Alexander Skvortsov of Roscosmos blasted off from Kazakhstan to travel to the International Space Station on the 50th anniversary of Apollo 11.

Everyone understands and believes that someday we will have people on Mars but how will they get back and forth? We don't want to do it in a flags-and-footsteps method like how we went to the moon. There was no foundation laid to continue going there

I don't think these space tourists should be called astronauts

Topps included Dr. Aldrin within the 'American Heroes' edition because it believes he is an American hero and is thus proud to be able to share such information with its audience

Astronaut sues over use of historic photo Dec 31, 2010

Buzz Aldrin (born Edwin Eugene Aldrin, Jr.; January 20, 1930) is an American mechanical engineer, retired United States Air Force pilot and astronaut who was the Lunar Module pilot on Apollo 11, the first manned lunar landing in history. On July 20, 1969, he was the second human being to set foot on the Moon, following mission commander Neil Armstrong.

Aldrin was born in Glen Ridge, New Jersey, to Edwin Eugene Aldrin, Sr., a career military man, and his wife Marion Moon. He is of Scottish, Swedish, and German ancestry. After graduating from Montclair High School in 1946, Aldrin turned down a full scholarship offer from The Massachusetts Institute of Technology (MIT), and went to the U.S. Military Academy at West Point. The nickname "Buzz" originated in childhood: the younger of his two elder sisters mispronounced "brother" as "buzzer", and this was shortened to Buzz. Aldrin made it his legal first name in 1979.

Aldrin graduated third in his class at West Point in 1951 with a B.S. in mechanical engineering. He was commissioned as a Second Lieutenant in the U.S. Air Force and served as a jet fighter pilot during the Korean War. He flew 66 combat missions in F-86 Sabres and shot down two Mikoyan-Gurevich MiG-15 aircraft. The June 8, 1953 issue of LIFE magazine featured gun camera photos taken by Aldrin of one of the Russian pilots ejecting from his damaged aircraft.

FULL ARTICLE AT WIKIPEDIA.ORG
This article is licensed under the GNU Free Documentation License.
It uses material from the Wikipedia article "Buzz Aldrin."