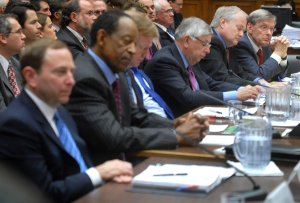 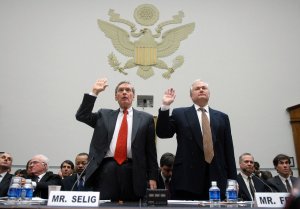 Top News // 3 years ago
On This Day: Michael Jackson buys Beatles catalogue
On Aug. 14, 1985, Michael Jackson paid $47 million at auction for the rights to 40,000 songs, including most of the Beatles classics. 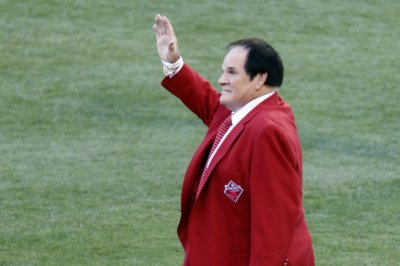 MLB // 3 years ago
Mark Reynolds lifts Colorado Rockies over Milwaukee Brewers
MILWAUKEE -- Mark Reynolds wasn't expecting to be the Colorado Rockeis' Opening Day starter at first base, but given the opportunity the veteran made the most of it.

This agreement assures an orderly process to expeditiously transfer Rangers ownership to the Greenberg-Ryan group, and it protects the franchise's baseball operations

On behalf of all Major League Baseball, I am truly thrilled that the White House has honored Stan Musial with the Presidential Medal of Freedom, joining other legends of our game like the great Jackie Robinson, Roberto Clemente, Joe DiMaggio, Ted Williams, Buck O'Neil, Henry Aaron and Frank Robinson

Allan Huber "Bud" Selig (pronounced /ˈsiːlɨɡ/; born July 30, 1934) is the ninth and current Commissioner of Major League Baseball, having served in that capacity since 1992 as the acting commissioner, and as the official commissioner since 1998. Selig oversaw baseball through the 1994 strike, the introduction of the wild card, interleague play, and the merging of the National and American leagues under the Office of the Commissioner. He was instrumental in organizing the World Baseball Classic in 2006. Selig also introduced revenue sharing. He is credited for the financial turnaround of baseball during his tenure with a 400 percent increase in the revenue of MLB and annual record breaking attendance. Selig enjoys a high level of support from baseball owners, but has been widely decried by both the MLB Players' Union for his policies and by the general public for presiding over the game during one of its most contentious periods. Jerome Holtzman, Major League Baseball's official historian from 1999 until his passing in 2008, believed Selig to be the best commissioner in baseball history.

During Selig's term of service, the use of steroids and other performance enhancing drugs became a public issue. The Mitchell Report, commissioned by Selig, concluded that the MLB commissioners, club officials, the Players Association, and the players all share "to some extent in the responsibility for the steroid era." Following the release of the Mitchell Report, Congressman Cliff Stearns called publicly for Selig to step down as commissioner, citing his "glacial response" to the "growing stain on baseball." Selig has pledged on numerous occasions to rid baseball of performance enhancing drugs, and has overseen and instituted many rule changes and penalties to that end.

Selig was previously the team owner and team president of the Milwaukee Brewers. As a Milwaukee native, he is credited for keeping baseball in Milwaukee. In 1970, he purchased the Seattle Pilots in bankruptcy court and renamed them the Milwaukee Brewers after a minor league team he had watched in his youth. The Brewers went to the 1982 World Series and won seven organization of the year awards during his tenure. Selig remains a resident of Milwaukee.

FULL ARTICLE AT WIKIPEDIA.ORG
This article is licensed under the GNU Free Documentation License.
It uses material from the Wikipedia article "Bud Selig."
Back to Article
/