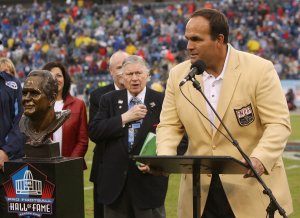 NFL // 3 years ago
One-third of Tennessee Titans franchise being sold
For years, the Tennessee Titans and their forerunner, the Houston Oilers, have been solely the property of one family - the Adams family. 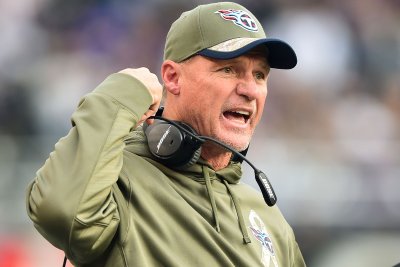 This is a very, very tough day for this franchise

I need to specifically apologize to the Bills, their fans, our fans and the NFL. I obviously have a great deal of respect for Ralph Wilson and the history we have shared. I also understand there will probably be league discipline for my actions and I will accept those

Adams has many business interests in the Houston area. An enrolled Cherokee who originally made his fortune in the petroleum business, Adams is chairman and CEO of Adams Resources & Energy Inc., a wholesale supplier of oil and natural gas. He also owns several Lincoln-Mercury automobile franchises.

Adams was born in Bartlesville, Oklahoma in 1923. He was the son of K.S. "Boots" Adams and Blanch Keeler Adams and became an enrolled member of the Cherokee Nation by virtue of his maternal line. Two of his great-grandmothers were Cherokee women who married European-American men: Nelson Carr and George B. Keeler, who played roles in trade and oil in early Oklahoma. Keeler drilled the first commercial oil well, near the Caney River. Adams' father succeeded the founder Frank Phillips as president of Phillips Petroleum Company in 1939. Adams' uncle William Wayne Keeler, CEO of Phillips Petroleum Company for years, was appointed chief of the Cherokee Nation by President Harry S. Truman in 1949 and served through 1971, when the Cherokee were able to hold their own elections. Keeler was democratically elected and served until 1975. Adams' ancestors include other prominent Cherokee leaders.

FULL ARTICLE AT WIKIPEDIA.ORG
This article is licensed under the GNU Free Documentation License.
It uses material from the Wikipedia article "Bud Adams."
Back to Article
/