NHL // 3 years ago
New York Islanders keep NHL playoff hopes alive with win over Carolina Hurricanes
RALEIGH, N.C. -- The New York Islanders are determined to do their part. So far, that has been enough to keep them in playoff contention in the Eastern Conference.

Sports News // 5 years ago
Top Shelf: Experienced Blackhawks find a way
The Tampa Bay Lightning opened the Stanley Cup Finals in impressive fashion. They soon learned that finishing strong is what matters most when facing the Chicago Blackhawks. 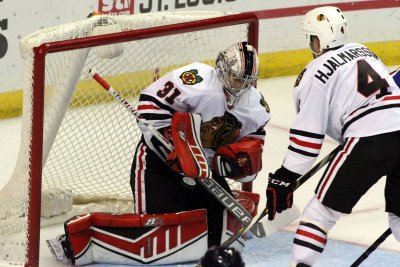 Bickell grew up playing minor hockey in his hometown of Orono, Ontario for the Leafs rep program before playing AAA for the Central Ontario Wolves organization.

For his Bantam season, Bickell moved to the Toronto Red Wings of the GTHL for one season before being drafted in the 2nd round (36th overall) in the 2002 OHL Priority Selection by the Ottawa 67's. Bickell was a member of the Bantam All-Ontario champions Toronto Red Wings with future Chicago Blackhawk teammate Dave Bolland.

FULL ARTICLE AT WIKIPEDIA.ORG
This article is licensed under the GNU Free Documentation License.
It uses material from the Wikipedia article "Bryan Bickell."
Back to Article
/