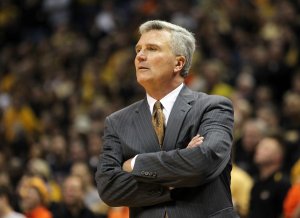 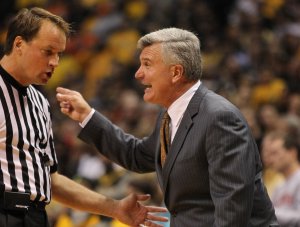 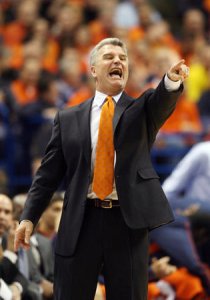 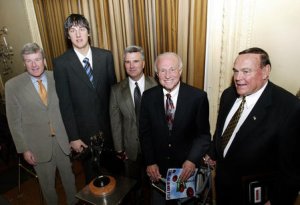 Sports News // 1 year ago
Kansas' Silvio De Sousa receives 12-game ban as Big 12 suspends four after brawl
Kansas forward Silvio De Sousa will miss the Jayhawks' next 12 games for his role in a brawl between Kansas and Kansas State.

Sports News // 1 year ago
Kansas' blowout victory over rival Kansas State ends with brawl
Disciplinary action is coming for members of the Kansas and Kansas State men's basketball teams, after a game Tuesday night between the in-state rivals ended with a brawl that spilled into the stands.

College Basketball // 3 years ago
Kentucky takes on Kansas State in busted South Region
Kentucky meets Kansas State on Thursday in what has become an historic NCAA Tournament Sweet 16 round.

College Basketball // 3 years ago
After historic upset, UMBC braces for Kansas St.
CHARLOTTE, N.C. -- After a stunning upset of overall No. 1 seed Virginia, Maryland-Baltimore County coaches and players could be excused for resting on their laurels. That isn't likely to happen.

College Basketball // 3 years ago
Top Big 12 spot on line as No. 5 Kansas Jayhawks visit Kansas State Wildcats
Suddenly resurgent Kansas State will put its four-game win streak on the line with a chance to move into a tie for first place in the Big 12 Conference when it hosts No. 5 Kansas.

College Basketball // 4 years ago
Cincinnati vs. Kansas State: NCAA Tournament First Round preview, prediction
Cincinnati coach Mick Cronin didn't seem thrilled that his team was being shipped across the country to open the NCAA Tournament, but Kansas State traveled an even tougher road to their first-round South Regional game Friday at the Golden 1 Center in Sacramento, Calif.

It has been mutually agreed upon between myself and Jamar Smith and his family, that he sit out the remainder of this season so that he can focus all of his attention on the physical, emotional, academic and other related issues he will face in the coming weeks

We just hope and pray Brian is going to be OK

I'm honored and humbled to be named coach at this institution

In Sports from United Press International May 01, 2003

Bruce Brett Weber (born October 19, 1956 in Milwaukee, Wisconsin) is the head coach of the University of Illinois men's basketball team. Weber has led the program to two outright Big Ten Conference championships and four trips to the NCAA Tournament, including an appearance in the championship game of the 2005 NCAA Tournament.

Weber began his coaching career with a brief stint as an assistant coach at Western Kentucky University during the 1979-80 season under head coach Gene Keady. In 1980, Weber moved to Purdue University along with Keady. He would remain an assistant coach at Purdue for eighteen seasons before becoming the head coach at Southern Illinois University in 1998. In his five seasons at Southern Illinois, Weber led the Salukis to consecutive Missouri Valley Conference championships and NCAA tournament appearances, including an NCAA Sweet Sixteen finish in 2002.

In 2003, Roy Williams, after much speculation, left the University of Kansas to take his "dream job" at the University of North Carolina. Subsequently, Bill Self, the head coach at the University of Illinois at the time, departed the Illini to coach the Jayhawks. After a nation-wide search, Illinois Athletic Director Ron Guenther selected the regionally-known Weber to replace Self on April 30, 2003.

FULL ARTICLE AT WIKIPEDIA.ORG
This article is licensed under the GNU Free Documentation License.
It uses material from the Wikipedia article "Bruce Weber."
Back to Article
/