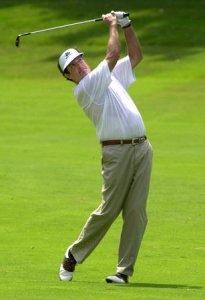 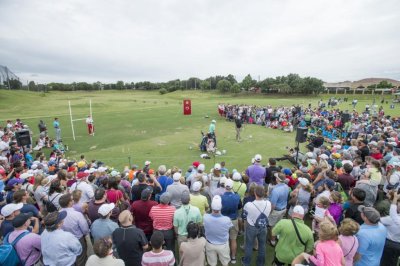 Bruce Alan Lietzke (born July 18, 1951) is an American professional golfer who has won numerous tournaments at both the PGA Tour and Champions Tour level.

Lietzke was born in Kansas City, Kansas. He moved to Beaumont, Texas with his parents in 1960 and lived there until 1977, graduating from Forest Park High School in 1969.

Lietzke credits his older brother, Duane, for introducing him to the game of golf at age five. He also credits Henry Homberg, a local Beaumont professional, along with Duane for having the greatest influences on his game when he first started playing. Lietzke attended the University of Houston in Houston, Texas. He graduated in 1973 and turned pro in 1974.

FULL ARTICLE AT WIKIPEDIA.ORG
This article is licensed under the GNU Free Documentation License.
It uses material from the Wikipedia article "Bruce Lietzke."
Back to Article
/