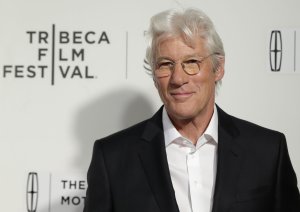 Broadway theatre, commonly called simply Broadway, refers to theatrical performances presented in one of the 40 large professional theaters with 500 seats or more located in the Theatre District, New York (plus one theatre in Lincoln Center) in Manhattan, New York City. Along with London's West End theatre, Broadway theatre is usually considered to represent the highest level of commercial theatre in the English-speaking world.

The Broadway theatre district is a popular tourist attraction in New York City, New York. According to The Broadway League, Broadway shows sold approximately $937 million worth of tickets in the 2007-08 season.

New York (and therefore, the United States of America) did not have a significant theatre presence until about 1750, when actor-managers Walter Murray and Thomas Kean established a resident theater company at the Theatre on Nassau Street, which held about 280 people. They presented Shakespeare plays and ballad operas such as The Beggar's Opera. In 1752, William Hallam sent a company of twelve actors from Britain to the colonies with his brother Lewis as their manager. They established a theater in Williamsburg, Virginia and opened with The Merchant of Venice and The Anatomist. The company moved to New York in the summer of 1753, performing ballad operas and ballad-farces like Damon and Phillida. The Revolutionary War suspended theatre in New York, but thereafter theatre resumed, and in 1798, the 2,000-seat Park Theatre was built on Chatham Street (now called Park Row). The Bowery Theater opened in 1826, followed by others. Blackface minstrel shows, a distinctly American form of entertainment, became popular in the 1830s, and especially so with the arrival of the Virginia Minstrels in the 1840s.

FULL ARTICLE AT WIKIPEDIA.ORG
This article is licensed under the GNU Free Documentation License.
It uses material from the Wikipedia article "Broadway theater."
Back to Article
/