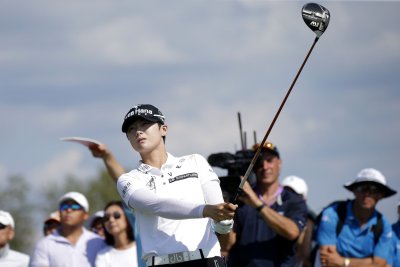 Golf // 3 years ago
This week in golf: Who is playing, how to watch, complete schedule
Here is the full schedule in this week's round of golf, highlighted by the 2017 John Deere Classic.

Sports News // 4 years ago
Hyo Joo Kim, Mirim Lee, Haru Nomura tied after first round of Marathon Classic
Hyo Joo Kim lost a chance to finish with sole possession of first place after a bogey on the final hole and ended up tied for the first-round lead. 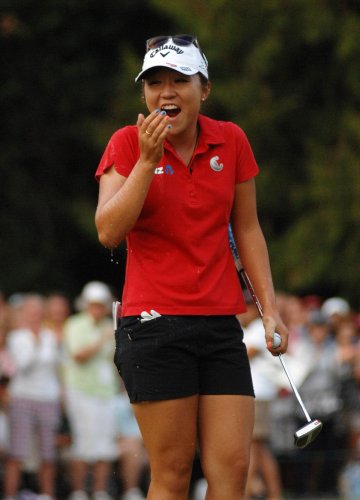 Lang had a decorated amateur career. She won eight American Junior Golf Association (AJGA) events and was a two-time First-Team Polo Golf Junior All-American, in 2001 and 2002. Lang represented the United States at the PING Junior Solheim Cup in 2002. In 2003, she won the North and South Women's Amateur and the Women's Western Amateur in consecutive weeks. She also won the 2004 Trans National Amateur title.

Lang played golf at Duke University for two years and won six collegiate tournaments. She was also named the 2004 ACC Freshman of the Year and NCAA Freshman College Golfer of the Year, and the 2005 ACC Player of the Year and won back-to-back ACC individual titles in 2004 and 2005.

FULL ARTICLE AT WIKIPEDIA.ORG
This article is licensed under the GNU Free Documentation License.
It uses material from the Wikipedia article "Brittany Lang."
Back to Article
/