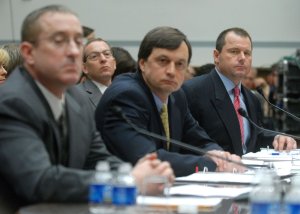 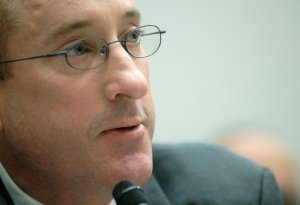 I'm glad it's going to Brooklyn, where it should be

Brian Gerard McNamee is a former New York City police officer, personal trainer, and strength and conditioning coach in Major League Baseball who is most notable for testifying against former New York Yankees pitcher Roger Clemens at a 2008 United States Congressional hearing that concerned the veracity of the 2007 George J. Mitchell Report.

McNamee grew up in Breezy Point, Queens. He attended Archbishop Molloy High School and majored in athletic administration at St. John's University in Queens. At one point he was employed at St John's University, teaching in the sports management program.

McNamee gained notoriety following the release of Major League Baseball's Mitchell Report, which alleges that McNamee helped acquire performance-enhancing drugs including anabolic steroids, amphetamines, and human growth hormone (HGH) for some or all of the players he personally trained, who included Roger Clemens, Andy Pettitte, and Chuck Knoblauch. McNamee told the Mitchell Commission during their 20-month investigation that he began injecting Clemens with steroids during the 1998 season and that he continued to provide these steroids through 2001. Given the dominant performances produced by Clemens from that time forward, such that Clemens had become widely expected to be a future member of the National Baseball Hall of Fame, many feel that this claim constitutes the most incendiary accusation in the Mitchell Report.

FULL ARTICLE AT WIKIPEDIA.ORG
This article is licensed under the GNU Free Documentation License.
It uses material from the Wikipedia article "Brian McNamee."