Sports News // 1 month ago
RBC Heritage: Webb Simpson storms back to win at Hilton Head
Following a three-hour weather delay, Webb Simpson rattled off five birdies in a six-hole stretch on the back nine to claim a one-shot win over Abraham Ancer in the RBC Heritage. 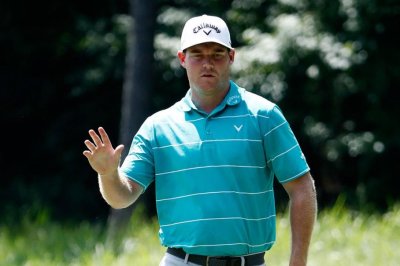 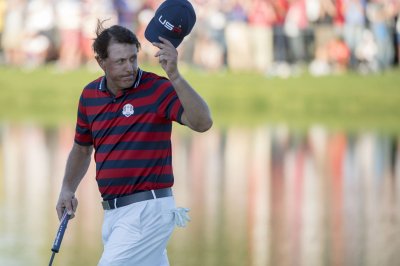 I've never had a five-shot lead, so I don't know

A military brat, Gay was born in Fort Worth, Texas, but was raised primarily at Fort Rucker, Alabama, where his father was an NCO in the U.S. Army, involved in flight operations. An only child, he spent much of his youth at the Fort Rucker golf course, first at the practice area, then on the course. Encouraged by a group of military retirees he often played with, he dominated the local tournament scene as a tween. His success as a teenager led to a scholarship to the University of Florida, where he played for the Florida Gators golf team in National Collegiate Athletic Association (NCAA) competition. At Florida, Gay was an All-American and led the Gators to two SEC titles and the 1993 NCAA Division I Men's Golf Championships.

Gay turned pro in 1994 and joined the PGA Tour in 1999. He picked up his first win on tour at the Mayakoba Golf Classic at Riviera Maya-Cancun in 2008, with his second win coming at the Verizon Heritage in 2009. He won the event by ten strokes, finishing at 20-under par. The ten stroke victory is the one of the biggest wins in the PGA Tour's history. His best position on the year-end money list is 13th in 2009. He has featured in the top 50 of the Official World Golf Rankings.

FULL ARTICLE AT WIKIPEDIA.ORG
This article is licensed under the GNU Free Documentation License.
It uses material from the Wikipedia article "Brian Gay."
Back to Article
/