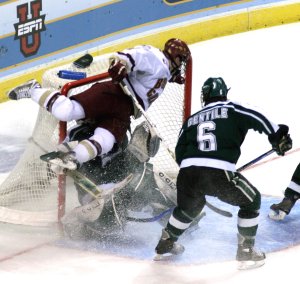 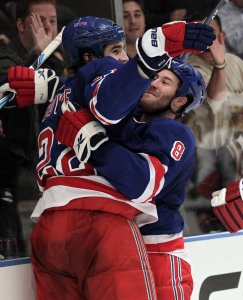 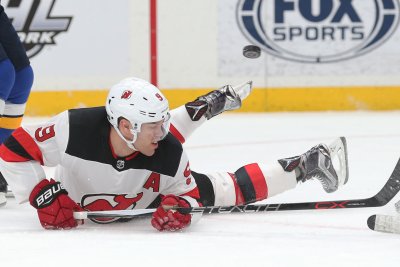 NHL // 1 year ago
Devils seek cure to road woes against Flyers
The New Jersey Devils polished off the Pittsburgh Penguins to boost their home record to 6-1-1.

NHL // 1 year ago
Devils aim to continue mastery of Penguins
Coming off a long, ugly road trip, the New Jersey Devils must be hoping that a return Tuesday to the Prudential Center to host the Pittsburgh Penguins is a case of Home, Sweet Home.

NHL // 2 years ago
Devils, Avalanche face off in meeting of fast starts
Last season, the Colorado Avalanche and New Jersey Devils were two of the biggest surprises in the National Hockey League, each ending droughts by reaching the Stanley Cup playoffs. 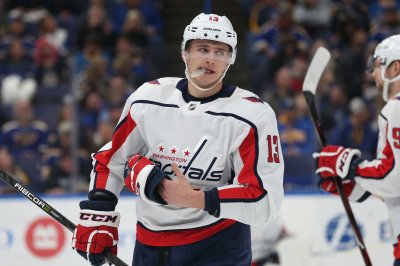 NHL // 2 years ago
Playoff-bound Devils play for seeding against Capitals
The New Jersey Devils have one game left to see if they can improve their position when they visit the Washington Capitals on Saturday night. 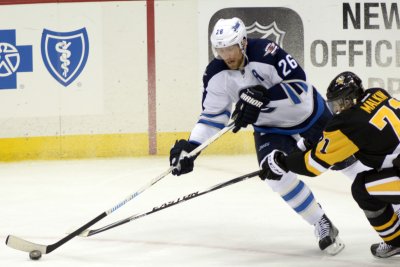 NHL // 2 years ago
Minus Olympics, hockey's best must turn to All-Star Game
TAMPA, Fla. -- The top players in the NHL descend upon the Sunshine State for the All-Star Game on Sunday afternoon at Amalie Arena.

The inoculations were not an attempt to keep the program alive

Brian Paul Boyle (born December 18, 1984) is a professional ice hockey forward for the New York Rangers of the National Hockey League . He attended St. Sebastian's School in Needham, Massachusetts for high school before moving on to Boston College.

Boyle was drafted in the first round, 26th overall, by the Los Angeles Kings in the 2003 NHL Entry Draft. He played four seasons at Boston College before making his professional debut with the Kings' American Hockey League affiliate, the Manchester Monarchs, in 2007.

In the 2007–08 season, Boyle made his National Hockey League debut with the Kings against the New Jersey Devils on February 2, 2008. He scored his first NHL goal that same night against Martin Brodeur in a 6-3 defeat. He scored four goals in his first seven NHL games, three in his first four.

FULL ARTICLE AT WIKIPEDIA.ORG
This article is licensed under the GNU Free Documentation License.
It uses material from the Wikipedia article "Brian Boyle."
Back to Article
/