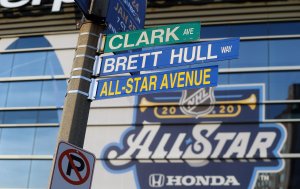 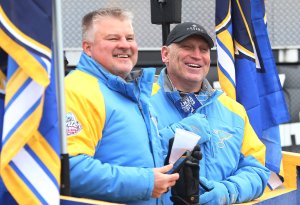 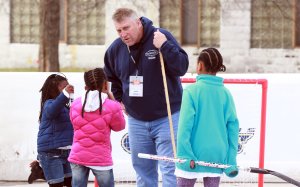 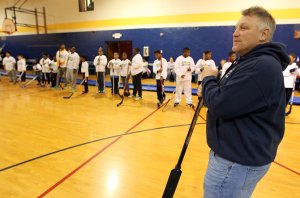 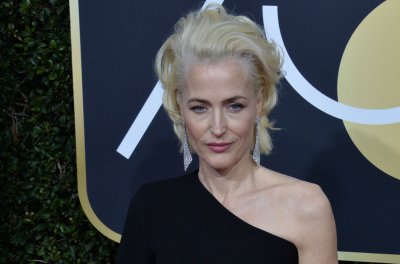 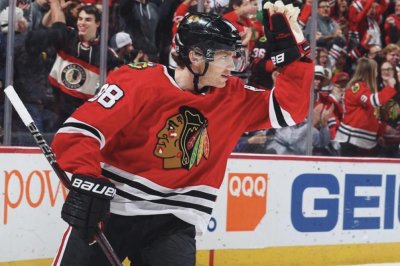 NHL // 3 years ago
Patrick Kane scores twice as Chicago Blackhawks subdue Minnesota Wild
Blackhawks defenseman Jordan Oesterle had the puck on his stick when he looked up and saw Chicago teammate Patrick Kane cutting behind a defender.

NHL // 3 years ago
St. Louis Blues extend unbeaten streak with win over Los Angeles Kings
Blues coach Mike Yeo has an easy way to measure the impact St. Louis left winger Jaden Schwartz is starting to have around the NHL. 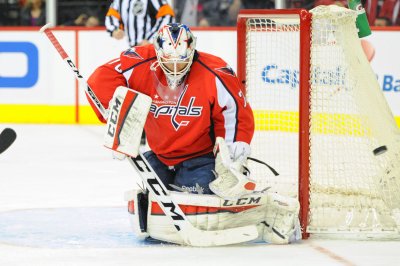 I am very fortunate to have played for some class organizations in Calgary, St. Louis, Dallas, Detroit and Phoenix. I love the game of hockey and I appreciate everything the game has given to me and my family

I am very proud of what I have accomplished in my career, but at 41 I felt that it was time to move on

You're not going to the rink and going, `Boy, I wonder what type of team we're going to have or who's going to be there or not,

We did what we had to do, just do the job and move on

Brett Andrew Hull (born August 9, 1964) is a former Canadian-American NHL player and the current Executive Vice President of the Dallas Stars. He is the son of Bobby Hull and nephew of Dennis Hull, both former NHL players. Hull is also known as "The Golden Brett," which is a play off of his father's nickname, "The Golden Jet." He played for the Calgary Flames, St. Louis Blues, Dallas Stars, Detroit Red Wings and Phoenix Coyotes. Hull scored 741 regular season goals in his career, placing him third all-time for most career goals in the NHL. He also scored what some fans, particularly those of the Buffalo Sabres, consider to be a controversial Stanley Cup winning goal on Buffalo Sabres goaltender Dominik Hašek in 1999 to give Dallas its only Cup win. Hull also won the Cup as a member of the Red Wings in 2002. The son of a Canadian father and American mother, he holds dual U.S./Canadian citizenship and represented the United States in international competition. Hull was inducted into the Hockey Hall of Fame in 2009. Brett Hull, like his father Bobby Hull, is widely recognized to have one of the best shots in hockey history. Hull could release the puck extremely quickly, while still keeping the shot hard and accurate.

Unlike his four siblings (Bobby Jr., Blake, Bart and Michelle), who were all born in Chicago, Brett Hull was born in Belleville, Ontario, where the family spent summers. Brett was taught how to skate at age five by his mother, Joanne, who was a professional figure skater for Hilton Hotel shows. He started to play organized hockey at age seven in Elmhurst, Illinois for the Elmhurst Huskies with future NHL forward Tony Granato and Tommy Stapleton, son of Chicago Blackhawks defenseman Pat Stapleton. The Hull family moved to Winnipeg in 1972 as his father signed a $1,000,000 contract to play for the WHA Winnipeg Jets. Meanwhile, Brett's junior career continued with the Tuxedo Jets, and a couple of years later he joined the Canadian Professional Hockey School's team. One very early hockey milestone for Brett was winning the prestigious Quebec Winter Carnaval Pee-Wee Hockey Tournament in 1977 with the Winnipeg South Monarchs. Even at this very early stage of his career, Brett could rifle a slapshot that sparked fear in young goaltenders, and he was later known for that. One honorary attendee at the championship game, Jean Béliveau (a 10 time Stanley Cup champion with the Montreal Canadiens) visited the Winnipeg dressing room just to meet 'the young Hull'.

When Bobby and Joanne Hull separated in 1979, Brett, his brother Bart, and his sister Michelle moved to Vancouver with their mother. Brett played bantam and then midget hockey at the North Shore Winter Club, as well as competing in baseball and gridiron football. Hull played in the Junior A British Columbia Junior Hockey League (BCJHL) for the Penticton Knights, where he has a few records that still stand today.

FULL ARTICLE AT WIKIPEDIA.ORG
This article is licensed under the GNU Free Documentation License.
It uses material from the Wikipedia article "Brett Hull."
Back to Article
/