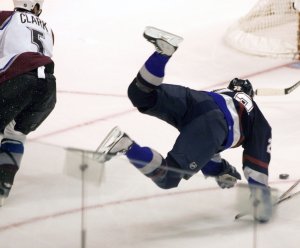 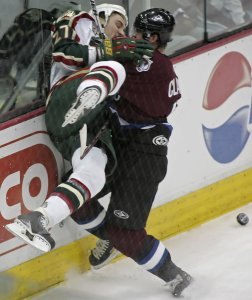 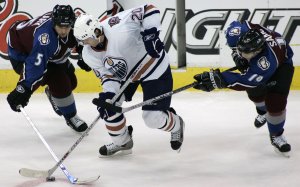 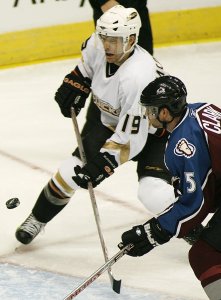 I made a fake and then I hit one hard, and fortunately it went into the net

Clark was drafted in the 6th round, 154th overall, by the Montreal Canadiens in the 1996 NHL Entry Draft. He was selected from the University of Maine of the Hockey East where he named to the All-Rookie Team in his freshman year. Under the preference of the Canadiens, Clark spent the following season developing with the Canadian National Team program, before he made his professional debut in the 1997–98 season.

After only 20 games with AHL affiliate, the Fredericton Canadiens, he made his debut with the Canadiens and remained with the team scoring a goal, on his 21st birthday, in 41 games for the season. Not used as a depth defenseman in the playoffs Brett further established himself in the 1998–99 season appearing in 61 contests for the Canadiens.

FULL ARTICLE AT WIKIPEDIA.ORG
This article is licensed under the GNU Free Documentation License.
It uses material from the Wikipedia article "Brett Clark."
Back to Article
/