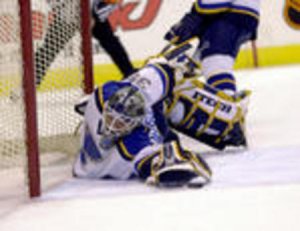 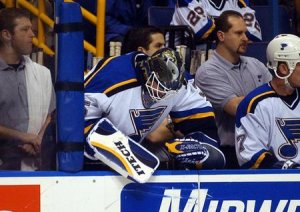 If they wanted me in the organization, I wouldn't be on waivers

We're keeping their chances to the outside. And when they take their shots, I was able to see the puck

Originally a draft pick of the Colorado Avalanche, he started his NHL career with the St. Louis Blues, where he played there until he was traded during the 2003–04 season to the Phoenix Coyotes. Johnson was signed by the Vancouver Canucks prior to the start of the 2005–06 season, but was soon claimed on waivers by the Capitals, where he played behind both Olaf Kölzig and José Théodore.

FULL ARTICLE AT WIKIPEDIA.ORG
This article is licensed under the GNU Free Documentation License.
It uses material from the Wikipedia article "Brent Johnson."
Back to Article
/