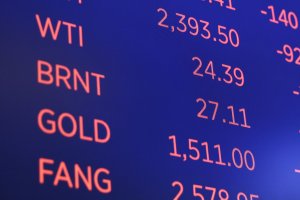 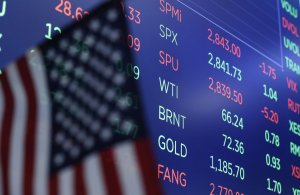 U.S. News // 2 weeks ago
Gasoline prices jump again, driven by crude oil increase
An increase in crude oil prices led to renewed pain at the gas pump for many U.S. residents despite a slight drop in demand, according to automotive club AAA on Thursday.

U.S. News // 2 months ago
Gas prices edge lower across U.S. after reaching record high
According to AAA on Monday, the average cost for regular gasoline nationwide is about $4.32 per gallon, which is down from a record $4.33 on Friday.

World News // 2 months ago
Russia-Ukraine crisis expected to have major impact on Europe's natural gas prices
Russia's invasion into Ukraine is driving up the cost of natural gas worldwide, analysts noted on Thursday as Moscow's military incursion could threaten the flow of supplies into Europe.

The cost of electricity is one of the components of the gasoline price. However, electricity prices are increased once a year. And there have been no tariff growth in Moscow lately, including for communal services

I think it's going to be a bit difficult for us to talk about the Asia premium this time, given oil prices in Europe and America are higher now

Brent Crude is the biggest of the many major classifications of oil consisting of Brent Crude, Brent Sweet Light Crude, Oseberg and Forties. Brent Crude is sourced from the North Sea. The Brent Crude oil marker is also known as Brent Blend, London Brent and Brent petroleum. It is used to price two thirds of the world's internationally traded crude oil supplies.

The name "Brent" comes from the naming policy of Shell UK Exploration and Production, operating on behalf of Exxon and Shell, which originally named all of its fields after birds (in this case the Brent Goose). It also refers to the formation layers—Broom, Rannoch, Etive, Ness and Tarbert, which are named after geographical features—lochs and glens—of the Scottish Highlands).

FULL ARTICLE AT WIKIPEDIA.ORG
This article is licensed under the GNU Free Documentation License.
It uses material from the Wikipedia article "Brent Crude."