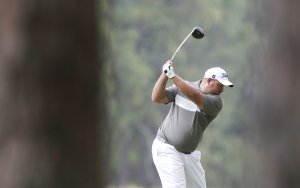 Sports News // 5 years ago
Camilo Villegas pulls out of Rio to protect Tour Card
Colombia's Camilo Villegas has withdrawn from the 2016 Olympics as he attempts to keep his PGA Tour card for the 2016-17 season.

Brendon de Jonge (born 18 July 1980) is a professional golfer from Zimbabwe. He currently plays on the PGA Tour.

De Jonge finished 139th on the money list in 2009, which initially gave him conditional status for 2010. He earned a full tour card through PGA Tour Qualifying School. In 2010 De Jonge had his most successful year to date, with 7 top ten finishes taking him to 34th on the money list.

FULL ARTICLE AT WIKIPEDIA.ORG
This article is licensed under the GNU Free Documentation License.
It uses material from the Wikipedia article "Brendon de Jonge."
Back to Article
/