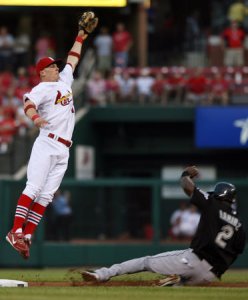 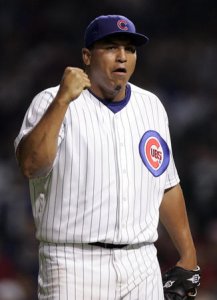 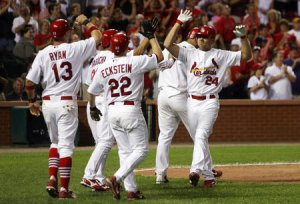 Sports News // 3 years ago
Carlos Santana belts pair of homers as Cleveland Indians jolt Los Angeles Angels
ANAHEIM, Calif. -- Carlos Santana culminated his recent surge during a personally frustrating season with one of his most productive games of the year.

Sports News // 4 years ago
New York Yankees clinch wild-card berth with 4-1 victory
NEW YORK -- Loud hip-hop music blared, and champagne and beer flowed while players congratulated each other and posed for pictures inside the clubhouse wearing grey t-shirts reading "Postseason is Ours."

Sports News // 4 years ago
Mark Teixeira's homers lead New York Yankees past Chicago White Sox
The day the New York Yankees decided to stand pat at the trade deadline, they sent a message to the rest of the American League.

Brendan Wood Ryan (born March 26, 1982) is an American Major League Baseball shortstop for the Seattle Mariners. While he has typically fielded at shortstop in his professional career, Ryan has been known to play at second and third base and has dabbled with pitching.

Ryan was born in Los Angeles, California on March 26, 1982, to Katie and Jim Ryan. He is the youngest of their four children. His father was an infielder for Loyola Marymount University and holds the school's single season record for most hits with a wooden bat. His uncle, Willie Ryan, was a National Champion First Team All-American first baseman for the USC Trojans baseball team; his other uncle, Dr. Patrick Ryan, was a college sprinter at UCLA and Michigan State.

When Ryan was a baby, his father dubbed him "The Boog" after major leaguer Boog Powell, and the nickname has endured among family and friends.

FULL ARTICLE AT WIKIPEDIA.ORG
This article is licensed under the GNU Free Documentation License.
It uses material from the Wikipedia article "Brendan Ryan."
Back to Article
/