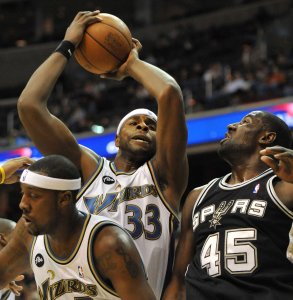 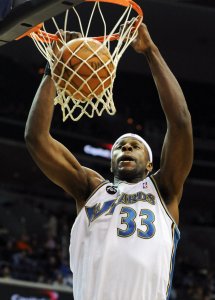 As a senior at James B. Dudley High School in Greensboro, North Carolina, Haywood won the Gatorade North Carolina Basketball Player of the Year. He was named to the 1997 McDonald's All-American Team.

After graduation, Haywood enrolled at the University of North Carolina at Chapel Hill for the 1997–98 season. Haywood was recruited by legendary Tar Heel basketball coach Dean Smith, but the coach retired shortly after Haywood's arrival on campus and turned the job over to his assistant, Bill Guthridge. Haywood backed up Makhtar N'diaye at the center position his freshman season, and was the most-used bench player after the six rotating starters (Antawn Jamison, Vince Carter, Shammond Williams, Ed Cota, Ademola Okulaja and N'diaye). That season, the Tar Heels advanced to the National Semifinals of the 1998 NCAA Men's Division I Basketball Tournament.

FULL ARTICLE AT WIKIPEDIA.ORG
This article is licensed under the GNU Free Documentation License.
It uses material from the Wikipedia article "Brendan Haywood."