TV // 1 year ago
NBC to air 'Downton Abbey' special ahead of film opening
The TV special "Return to Downton Abbey: A Grand Event" is set to air on NBC Sept. 19, the day before the film "Downton Abbey" opens in theaters.

Movies // 2 years ago
'Downton Abbey' film to grace theaters in September 2019
Focus Features says it has set the U.K. and U.S. release dates for its "Downton Abbey" movie.

Entertainment News // 2 years ago
Lily James won't appear in the 'Downton Abbey' movie
Lily James said there was "no space" for Lady Rose MacClare in the forthcoming "Downton Abbey" film.

Movies // 2 years ago
'Downton Abbey' movie to begin filming this summer
Focus Features announced Friday that a "Downton Abbey" movie is officially in the works. 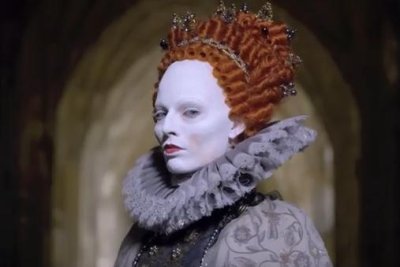 Movies // 4 years ago
Sam Claflin talks challenge of playing quadriplegic Will in 'Me Before You'
British actor Sam Claflin admits playing a wheelchair-bound quadriplegic in the romance "Me Before You" was one of his most physically challenging roles.

Brendan Coyle (born 2 December 1963) is an English actor.[1] He is well known to television audiences for playing Nicholas Higgins in the miniseries North & South, Robert Timmins in the first three series of Lark Rise to Candleford, and John Bates, the valet, in Downton Abbey. The last role earned him a nomination for a Primetime Emmy Award for Outstanding Supporting Actor in a Drama Series and a BAFTA nomination for Best Supporting Actor.

FULL ARTICLE AT WIKIPEDIA.ORG
This article is licensed under the GNU Free Documentation License.
It uses material from the Wikipedia article "Brendan Coyle."
Back to Article
/