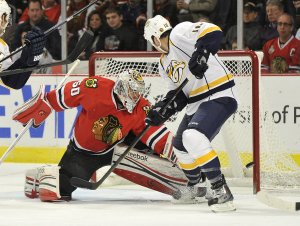 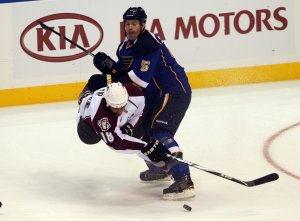 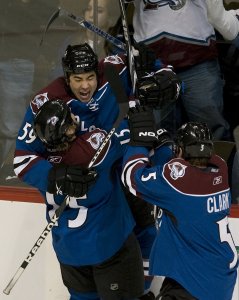 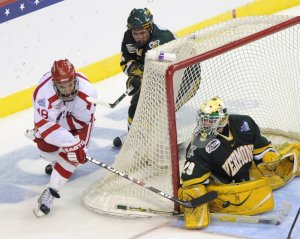 Brandon Yip (born April 25, 1985) is a Canadian professional ice hockey right winger currently playing for the Colorado Avalanche of the National Hockey League. He is 3/4 Chinese and 1/4 Irish.

Brandon Yip was drafted by the Avalanche in the 8th round, 239th overall in the 2004 NHL Entry Draft. He played amateur junior hockey with the Coquitlam Express of the BCHL before enrolling to play collegiate hockey with Boston University of the Hockey East. In his freshman year in 2005–06, Brandon scored an impressive 31 points in 39 games and was named Hockey East rookie of the year. In his Junior year with the Terriers in 2007–08, Yip season was partly affected through an indefinite suspension for breaking team rules before returning to finish with 23 points in 37 games. After winning the NCAA Men's Ice Hockey Championship with the Terriers in his senior year in 2008–09, Yip graduated from BU with high honors with a B.S. in Criminal Justice.

On July 22, 2009, Yip signed a one-year entry level contract with the Avalanche. Prior to his first pro season in 2009–10, Yip suffered a broken hand in a pre-season game that sidelined him for the first two months of the year. Returning to health Yip made his professional debut with the Avalanche's American Hockey League affiliate, the Lake Erie Monsters, for six games before being recalled by Colorado on December 19, 2009, to make his NHL debut in a 5-2 home win against the Columbus Blue Jackets. Yip scored his first goal three days later against Jonas Hiller of the Anaheim Ducks. He quickly settled with the Avalanche and in his first 22 games he scored an impressive 11 goals before suffering a separated shoulder against the Detroit Red Wings on March 1, 2010. Yip ended his 2009-10 campaign leading all rookies in goals per game average. After finishing second on the Avalanche in playoff scoring with 4 points against the San Jose Sharks in the conference quarterfinals, Yip was re-signed at seasons end to a two-year contract on July 7, 2010.

FULL ARTICLE AT WIKIPEDIA.ORG
This article is licensed under the GNU Free Documentation License.
It uses material from the Wikipedia article "Brandon Yip."
Back to Article
/