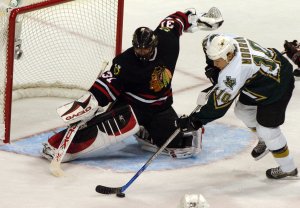 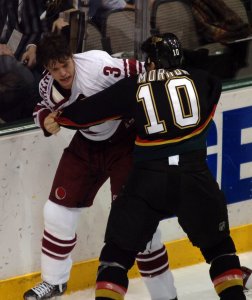 MLB // 2 years ago
Chicago Cubs move forward against Cincinnati Reds without injured closer
CHICAGO -- The Chicago Cubs have a razor-thin margin for error as they attempt to hold onto first place in the National League Central down the stretch.

MLB // 2 years ago
Cubs, Lester try to keep Padres down
CHICAGO -- The Chicago Cubs have managed to do just enough in the past two days against San Diego to put themselves in position to walk away with a series victory when they host the Padres on Sunday. 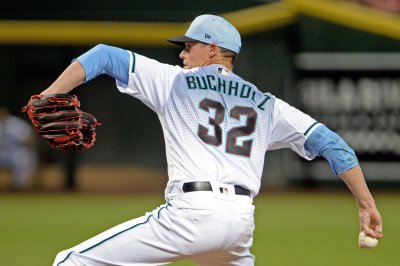 MLB // 2 years ago
D-backs' Buchholz to facing Cubs, Wrigley
CHICAGO -- Clay Buchholz has done plenty during the course of his major league career, but he will cross off a personal first when he takes the mound Tuesday against the Chicago Cubs. 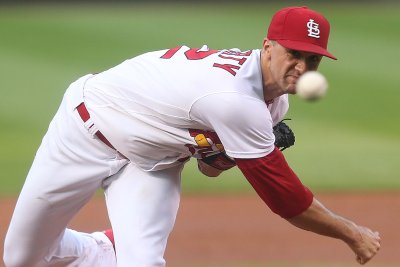 MLB // 2 years ago
Cardinals starting fresh against Cubs
CHICAGO -- When the St. Louis Cardinals fired manager Mike Matheny just before the All-Star break, beginning the second half of the season strong was a pivotal first step for a team attempting to move on from the disappointment of the past few months.

MLB // 2 years ago
Jose Quintana, Chicago Cubs go for sweep of St. Louis Cardinals
Brandon Morrow got the call Saturday night. It was a call nine days in the making. 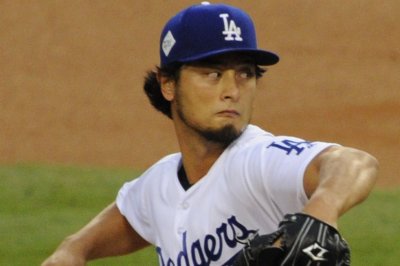 MLB // 2 years ago
Yu Darvish to make Cubs debut at Marlins
Yu Darvish, a 31-year-old native of Japan with a 56-42 major league record, will make his Chicago Cubs debut on Saturday night at Marlins Park.

MLB // 2 years ago
Yu Darvish meets with Chicago Cubs
Free-agent right-hander Yu Darvish posted on social media that he met with representatives from the Chicago Cubs on Monday.

MLB // 2 years ago
World Series: Heavily worked Los Angeles Dodgers bullpen implodes
Even before the bottom fell out on his bullpen in Game 5 of the World Series on Sunday night, Los Angeles Dodgers manager Dave Roberts admitted that his relievers, the same group of pitchers who dominated the early rounds of the postseason, were showing some wear.

MLB // 2 years ago
World Series: Houston Astros outlast Los Angeles Dodgers in 10-inning shootout
With ball after ball clearing the fences at Minute Maid Park, with wild swings of momentum seemingly accompanying every home run bashed into the frenzied crowd, it was surprising that a single capped one of the zaniest, heart-pounding World Series games in memory.

Brandon John Morrow (born July 26, 1984 in Santa Rosa, California) is an American professional baseball pitcher with the Toronto Blue Jays of Major League Baseball . Morrow has four primary pitches, a fastball, slider, circle change and a spiked curveball combination. He can throw for a high velocity, often getting into the mid to high-90's with his fastball. On August 8, 2010, Morrow pitched a complete game one hitter with 17 strikeouts, coming within one out of a no-hitter.

Morrow attended Rancho Cotate High School in Rohnert Park, California. As a senior he was 9-2 with a 0.61 ERA and had 84 strikeouts in 63 innings. He earned first-team all-league, first-team All-Redwood Empire, first-team All-North Coast Section and second-team all-state honors. He competed for the California All-Stars at the 2002 Sunbelt Classic in McAlester, Oklahoma. He majored in American studies.

He was selected by the Anaheim Angels in the 40th round, 1200th overall, in the 2003 Major League Baseball Draft. However, he did not sign with the Angels and decided to attend college at UC Berkeley.

FULL ARTICLE AT WIKIPEDIA.ORG
This article is licensed under the GNU Free Documentation License.
It uses material from the Wikipedia article "Brandon Morrow."
Back to Article
/