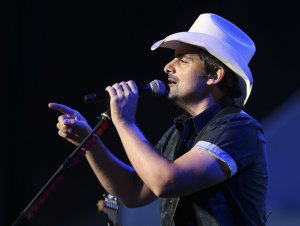 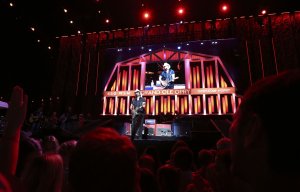 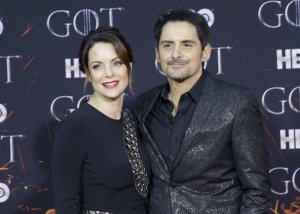 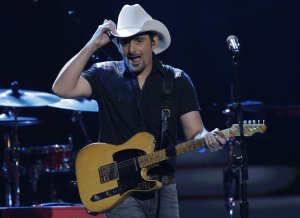 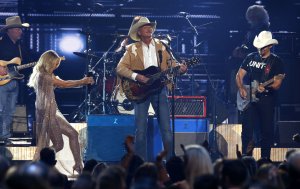 Entertainment News // 1 year ago
What to stream this weekend: July Fourth specials, 'Hamilton'
A number of Fourth of July specials and Broadway's "Hamilton" are just some of the entertainment options available this Independence Day weekend as viewers stay home during the COVID-19 pandemic.

I'm thrilled to have this opportunity to host the awards show

It really came down to, 'Do I have a unique project to offer at this point in time?

It's been six months since the tragedy and here we are with a beach that does not look the least bit worse for wear. It's really beautiful and pristine

Brad Douglas Paisley (born October 28, 1972) is an American singer-songwriter and musician. His style crosses between traditional country music and Southern rock, and his songs are frequently laced with humor and pop culture references.

Paisley was the 2008 CMA and ACM Male Vocalist of the Year winner. Starting with the release of his 1999 album Who Needs Pictures, Paisley has recorded seven studio albums and a Christmas compilation on the Arista Nashville label, with all of his albums certified gold or higher by the RIAA. In addition, he has charted 25 singles on the U.S. Billboard Hot Country Songs chart, 16 of which have reached #1 with a record 10 consecutive singles reaching the top spot on the chart. On November 10, 2010, Paisley won the Entertainer of the Year award at the 44th annual CMA Awards.

Paisley was born on October 28, 1972 in Wheeling, West Virginia to Douglas Edward "Doug" Paisley, who worked for the West Virginia Department of Transportation, and Sandra Jean "Sandy" (née Jarvis) Paisley, a teacher. He was raised in Glen Dale, West Virginia. He has stated that his love of country music stems from his maternal grandfather, Warren Jarvis, who gave Paisley his first guitar, a Sears Danelectro Silvertone at 8-years-old and taught him how to play. At age 10, he performed for the first time in public by singing in his church. He later recalled that, "Pretty soon, I was performing at every Christmas party and Mother's Day event. The neat thing about a small town is that when you want to be an artist, by golly, they'll make you one". At age 12, Paisley wrote his first song, entitled, "Born on Christmas Day". He had been taking lessons with local guitarist Clarence "Hank" Goddard. By age 13, Goddard and Paisley formed a band called "Brad Paisley and the C-Notes", with the addition of two of Paisley's adult friends.

FULL ARTICLE AT WIKIPEDIA.ORG
This article is licensed under the GNU Free Documentation License.
It uses material from the Wikipedia article "Brad Paisley."