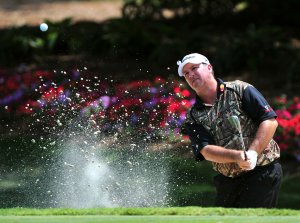 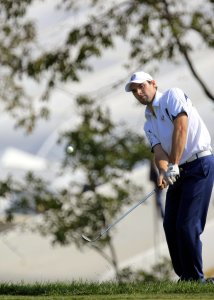 Golf // 4 years ago
Three share FedEx St. Jude lead
Chez Reavie fired a 5-under-par 65 in the second round of the FedEx St. Jude Classic in Memphis, Tenn., on Friday and is tied for the lead with Sebastian Munoz of Colombia and Charl Schwartzel of South Africa at 9-under 131.

Sports News // 5 years ago
Jordan Spieth soars down stretch to notch win
FORT WORTH, Texas -- Jordan Spieth ended any discussion about a hangover from his Masters back-nine meltdown in emphatic fashion Sunday.

I reckon everyone else must have struggled a little bit today

I was teary-eyed when I got the call to play in China, representing my country

Weekley was born in Milton, Florida. He turned professional in 1997 and played on mini-tours until 2002, when he qualified for the PGA Tour. He made the cut in only five of 24 events that year, and lost his tour card. From 2003 through 2006, he played on the Nationwide Tour, finishing well enough in 2006 to again qualify for the PGA Tour. His first victory came at the Verizon Heritage in April 2007.

Weekley's good form at the start of the 2007 season included two top 10 finishes before his victory, after which he reached a new career high of 55 in the Official World Golf Rankings. Later in 2007, he entered the top 50 of the rankings. He represented the United States at the 2007 Omega Mission Hills World Cup with Heath Slocum and finished in 2nd place.

FULL ARTICLE AT WIKIPEDIA.ORG
This article is licensed under the GNU Free Documentation License.
It uses material from the Wikipedia article "Boo Weekley."