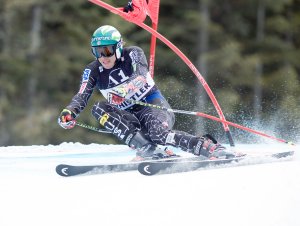 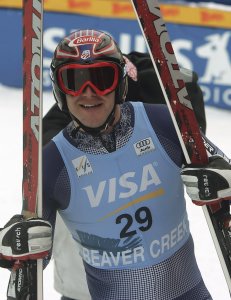 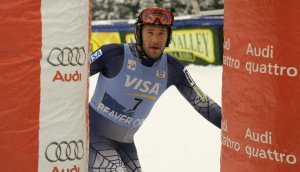 Top News // 4 years ago
The Almanac
On Oct. 12, 1984, British Prime Minister Margaret Thatcher escaped injury in the bombing of a hotel in Brighton, England. Four people were killed in the attack, blamed on the Irish Republican Army.

I've shown that I can win on this course, but it was tough this year with only two training runs

It's a nice record, something you dream about as a kid

Samuel Bode Miller (pronounced /ˈboʊdi/; born October 12, 1977) is an American alpine ski racer. He is an Olympic and World Championship gold medalist, a two-time overall World Cup champion in 2005 and 2008, and is generally considered the greatest American alpine skier of all time.

In 2008, Miller and Lindsey Vonn helped the United States sweep the men's and women's overall World Cup titles for the first time in 25 years. With 32 World Cup victories, he is the most successful American alpine ski racer of all time. He became the fifth man to win World Cup races in all five disciplines: slalom, giant slalom, Super-G, downhill, and combined. He is the only ski racer in history to win five World Cup races in each of the five alpine disciplines.

He has won five medals in the Winter Olympics, the most of any U.S. skier — two silvers (giant slalom and combined) in Salt Lake City 2002, and a gold (super combined), a silver (Super G) and a bronze (downhill) in Vancouver 2010. Miller is one of five skiers who have won Olympic medals in four different disciplines, matching the feats of Kjetil André Aamodt and female racers Anja Pärson, Janica Kostelic, and Katja Seizinger..

FULL ARTICLE AT WIKIPEDIA.ORG
This article is licensed under the GNU Free Documentation License.
It uses material from the Wikipedia article "Bode Miller."
Back to Article
/