NFL // 3 years ago
2017 NFL Draft, Denver Broncos: Top needs, suggested picks, current outlook
The Denver Broncos are bigger on their offensive line, but are they better?

MLB // 3 years ago
Champs at last: Chicago Cubs win first World Series title since 1908
The Chicago Cubs scored two runs in the top of the 10th inning, then held on to beat the Cleveland Indians 8-7 Wednesday night at Progressive Field in a wild seventh game of the World Series. 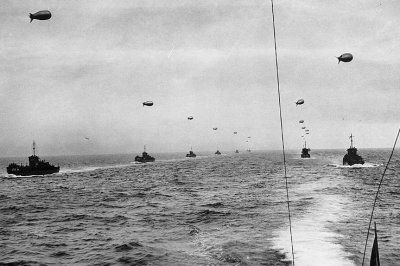 Robert Clinton "Bobby" Richardson (born August 19, 1935, in Sumter, South Carolina) is a former second baseman in Major League Baseball who played for the New York Yankees from 1955 through 1966. Batting and throwing right-handed, he was a superb defensive infielder, as well as something of a clutch hitter, who played no small role in the Yankee baseball dynasty of his day.

Richardson debuted on August 5, 1955. He racked up 1,432 hits in his career, with a lifetime batting average of .266, 34 home runs and 390 RBIs. He won five Gold Gloves at second base, while forming a top double play combination with shortstop (and roommate) Tony Kubek. With the light-hitting but superb-fielding Yankee third baseman Clete Boyer, Richardson and Kubek gave the Yankees arguably the best defensive infield in baseball. His most famous defensive play came at the end of the 1962 World Series, mentioned below, when Richardson made a clutch catch that prevented Willie Mays and Matty Alou from scoring the runs that would have beaten the Yankees and given the Series to the San Francisco Giants.

FULL ARTICLE AT WIKIPEDIA.ORG
This article is licensed under the GNU Free Documentation License.
It uses material from the Wikipedia article "Bobby Richardson."
Back to Article
/