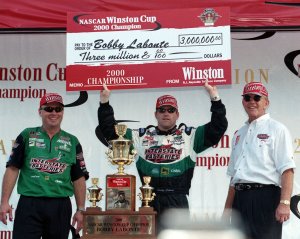 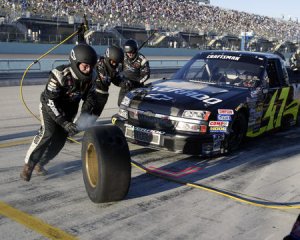 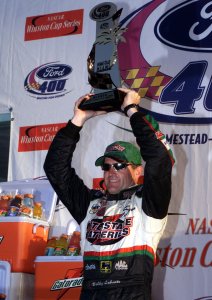 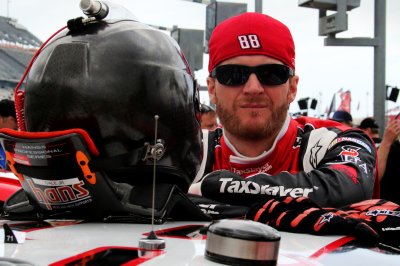 Sports News // 3 years ago
Martin Truex grabs pole at Talladega
Martin Truex Jr. gave himself as much of a cushion as possible. 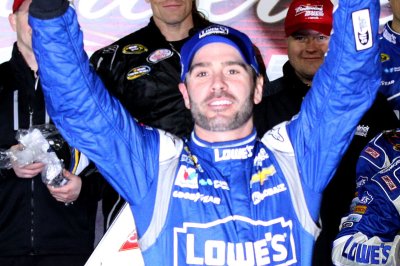 I didn't see Joe Gibbs here today, but it was a bad situation with Tony Stewart's car

Our car was really good at times, but on that last restart, I was a little looser than I would have liked

Robert Alan "Bobby" Labonte (born May 8, 1964) is an American race car driver in the NASCAR Sprint Cup Series. He currently drives the #47 Kroger/Clorox/Kimberly-Clark/Kingsford/Reese Towpower Hitches Toyota Camry for JTG Daugherty Racing . He currently resides in Trinity, North Carolina. He is married to Donna and they have two children, Robert Tyler and Madison. He, and his older brother, Terry Labonte (who was also a prominent NASCAR driver, until he retired from full-time competition at the end of the 2006 season) are the only brothers to have both won the championship in NASCAR's top series. He is also the uncle of former Nationwide Series winner Justin Labonte.

FULL ARTICLE AT WIKIPEDIA.ORG
This article is licensed under the GNU Free Documentation License.
It uses material from the Wikipedia article "Bobby Labonte."
Back to Article
/