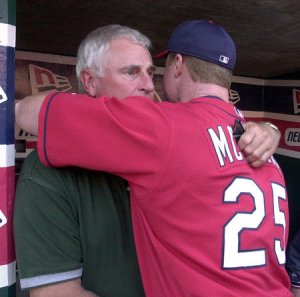 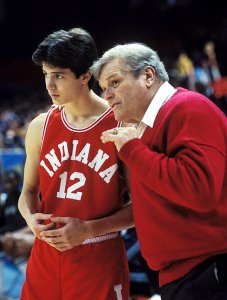 College Basketball // 2 years ago
Texas Tech meets Villanova for spot in Final Four
BOSTON -- Having already reached new program heights by advancing to the Elite Eight for the first time, Texas Tech finds itself one win from the Final Four.

College Basketball // 3 years ago
UCLA's Steve Alford not talking Indiana Hoosiers job
UCLA basketball coach Steve Alford guided the Bruins to the Sweet 16 but before the South Region semifinal against Kentucky, media are mostly interested in talking about Indiana. 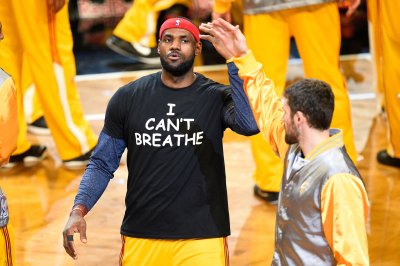 Sports News // 3 years ago
LeBron James: Hillary Clinton offers message 'that we need'
LeBron James, in a continued pledge to take a leading role in social activism, on Monday wrote a column explaining why he's with Hillary in 2016. 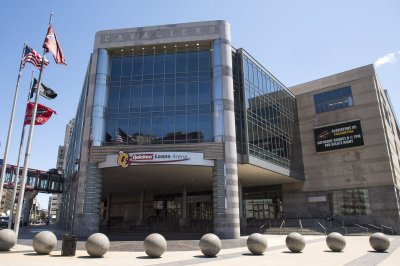 I've been around some strong personalities. One of them is coaching over there at Texas Tech. I don't know if you know his name

It's an NCAA rule, it doesn't have to make sense

Robert Montgomery "Bob" or "Bobby" Knight (born October 25, 1940) is a retired American basketball coach. Nicknamed "The General", Knight has won 902 NCAA Division I men's college basketball games, more than any other head coach. On January 1, 2007, he achieved his 880th victory, breaking the record held by Dean Smith. His 900th victory came on January 16, 2008.

He was most recently the head men's basketball coach at Texas Tech before announcing his retirement on February 4, 2008. He was previously the head coach at Indiana University and at the United States Military Academy.

From 1971–2000, Knight coached the Indiana Hoosiers, where he led his teams to three NCAA championships, one National Invitation Tournament (NIT) championship, and eleven Big Ten Conference championships. He received the National Coach of the Year honor four times and the Big Ten Coach of the Year honor six times. In 1984, he coached the USA men's Olympic team to a gold medal, becoming one of only three basketball coaches to win an NCAA title, NIT title, and an Olympic gold medal.

FULL ARTICLE AT WIKIPEDIA.ORG
This article is licensed under the GNU Free Documentation License.
It uses material from the Wikipedia article "Bobby Knight."
Back to Article
/