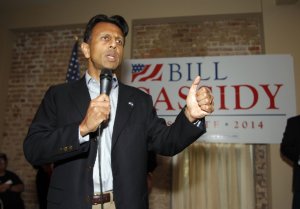 Voices // 1 year ago
Growing Christian movement agrees with Rick Perry that God chose Donald Trump
A large number of evangelical Christians in the United States believe that God has chosen Donald Trump to advance the kingdom of God on Earth. Several high-profile religious leaders have made similar claims.

U.S. News // 1 year ago
Trump in State of the Union: 'We must go forward together'
President Donald Trump pledged to get a wall along the border between the United States and Mexico built, as he delivered his second State of the Union address.

Voices // 3 years ago
Why corporate America is entering social justice fray
It may sound hard to believe, but America's CEOs seem to increasingly resemble Che Guevera, the Marxist who became the face of the Cuban Revolution.

U.S. News // 4 years ago
Trump administration taking shape; Romney, Giuliani, Palin possible picks for key roles
So far, President-elect Trump has made appointments to six major administration positions, but there are many left to fill -- including several key slots.

U.S. News // 4 years ago
Trump backs out of CPAC speech to campaign in Kansas
Republican presidential candidate Donald Trump has canceled his planned speech at the annual Conservative Political Action Conference in Maryland. 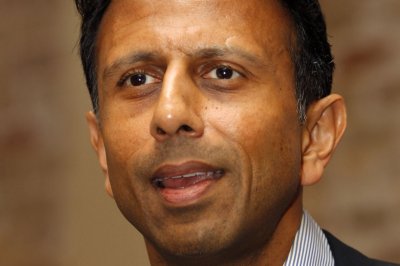 U.S. News // 5 years ago
Jindal not ruling out another run for office
When it comes to another run for elective office, failed presidential candidate and former Louisiana Gov. Bobby Jindal said "never say never."

Democratic leaders in Washington, they place their hope in the federal government

We are concerned that so much of the power for southeast Louisiana was dependent on just a few lines. It showed how vulnerable the system is

Let's be clear: A bad idea is a bad idea, and shame on us for being afraid to say so

Spouses of the 2016 presidential hopefuls

Piyush "Bobby" Jindal (born June 10, 1971) is the 55th and current Governor of Louisiana and formerly a member of the United States House of Representatives. He is a member of the Republican Party.

On October 20, 2007, Jindal was elected governor of Louisiana, winning a four-way race with 54.2% of the vote. At age 36, Jindal became the youngest serving governor in the United States. However, on January 12, 2011, he became the second-youngest current U.S. governor, after Nikki Haley of South Carolina (Haley is seven months younger than Jindal). He is the first Indian-American governor in the country. In 2008, Governor Jindal was ranked one of the nation's most popular governors with an approval rating of 77%.

Before Jindal was elected governor, he was a member of Congress for Louisiana's 1st congressional district, elected in 2004. Jindal was re-elected to the House in the 2006 election with 88% of the vote. He was the second Indian-American elected to Congress.

FULL ARTICLE AT WIKIPEDIA.ORG
This article is licensed under the GNU Free Documentation License.
It uses material from the Wikipedia article "Bobby Jindal."
Back to Article
/