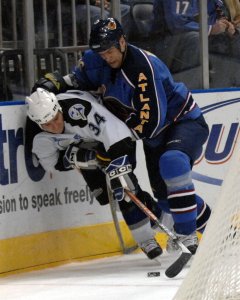 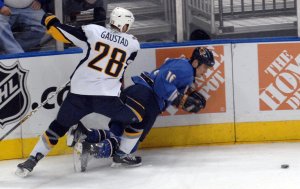 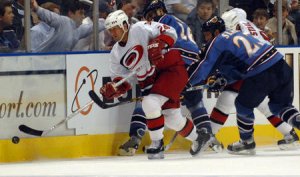 Robert "Bobby" Holík (born January 1, 1971) is a retired Czech professional ice hockey center who played 18 seasons in the National Hockey League (NHL). Holík is the son of Jaroslav Holík, a Czech ice hockey world champion in 1972 and Czech national team head coach who led the under-20 team to world titles in 2000 and 2001.

He began playing in the NHL after being selected tenth overall by the Hartford Whalers in the 1989 NHL Entry Draft. After two seasons with the Whalers, he was traded to the New Jersey Devils where he played for ten seasons and won Stanley Cups in 1995 and 2000. In the 2002–03 season he went to the New York Rangers as a free agent.

In 2005, Holík signed with the Atlanta Thrashers as a free agent after having the remainder of his contract bought out by the Rangers. On October 2, 2007 he was named captain of the Thrashers for the 2007-08 season.

FULL ARTICLE AT WIKIPEDIA.ORG
This article is licensed under the GNU Free Documentation License.
It uses material from the Wikipedia article "Bobby Holik."
Back to Article
/