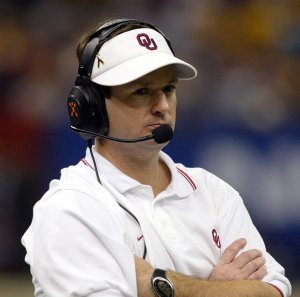 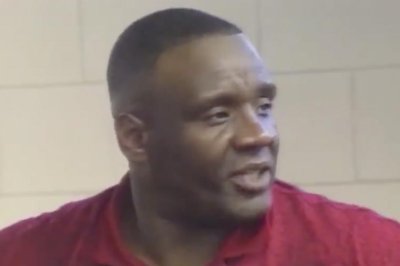 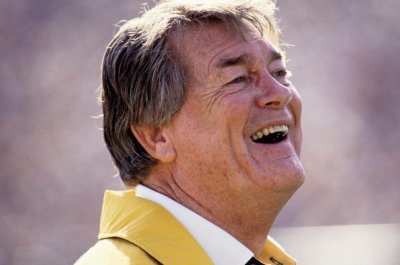 Sports News // 2 years ago
Malzahn expected to remain Auburn coach
Gus Malzahn apparently will keep his job as head coach at Auburn, but will have to agree to a change to his current contract and other concessions, 247Sports reported on Wednesday.

NFL // 2 years ago
Browns will aim to respond to upheaval vs. first-place Chiefs
There's nothing normal for the Cleveland Browns hosting the Kansas City Chiefs this week after the dismissals of head coach Hue Jackson and offensive coordinator Todd Haley, but interim head coach Gregg Williams finds himself trying to instill some semblance of order and stability for his squad in a time of turmoil.

With Chris Brown and Mossis Madu, we still have two very fine backs

There's something in the tendon and the bone and they (Oklahoma physicians) are experimenting on whether to let it heal or take four weeks and see if DeMarcus can come back, or the other thing is to possibly do surgery and pin it

There was an incident where a couple of our athletes, overall, were assaulted

Robert Anthony Stoops (born September 9, 1960) is the head coach of the University of Oklahoma football team. During the 2000 season, Stoops led the Sooners to an Orange Bowl victory and a national championship.

Prior to coaching at Oklahoma, Stoops held various coordinator and position-coach positions at Iowa, Kansas State and Florida. In 2000, Stoops led his team to three consecutive wins over ranked teams including Texas, Kansas State and Nebraska. Stoops was awarded the 2000 Paul "Bear" Bryant Award and the 2000 and 2003 Walter Camp Coach of the Year for "Coach of the Year."

Stoops is one of 6 children born to Ron Sr. and Evelyn "Dee Dee" Stoops in Youngstown, Ohio. He is a 1978 graduate of Cardinal Mooney High School, where his father was the long-time defensive coordinator of the football team. Bob and his three brothers (Ron Jr., Mike, and Mark) were all coached by Ron Sr. at Mooney. During a game in 1988 against the team coached by Ron Jr., Ron Sr. began experiencing chest pains. He was placed in an ambulance following the game and died en route to the hospital.

FULL ARTICLE AT WIKIPEDIA.ORG
This article is licensed under the GNU Free Documentation License.
It uses material from the Wikipedia article "Bob Stoops."
Back to Article
/