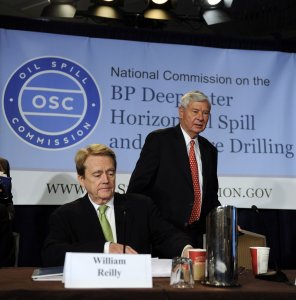 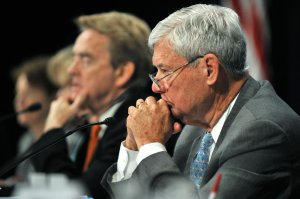 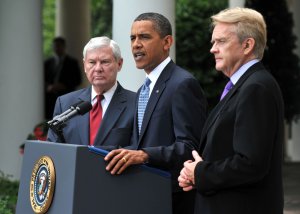 As we have seen repeatedly over the past two decades, one of the impacts of this catastrophe will almost certainly be a dramatic increase in the number of refugees risking their lives in leaky and unsafe boats to try to escape the violence

I have had a full and joyful and I hope productive life, and I intend to have other chapters that will meet those same standards

Daniel Robert "Bob" Graham (born November 9, 1936) is an American politician. He was the 38th Governor of Florida from 1979 to 1987 and a United States Senator from that state from 1987 to 2005. Following a failed bid for the Democratic Party nomination in the 2004 presidential race, Graham was considered a possible running mate for John Kerry.

Graham dropped out of the race for the Democratic presidential nomination on October 6, 2003 and announced his retirement from the Senate on November 3, 2003.

Graham is now concentrating his efforts on the newly established Bob Graham Center for Public Service at his undergraduate alma mater, the University of Florida. He also serves as Chairman of the Commission on the Prevention of WMD proliferation and terrorism and advocates for the recommendations in the Commission report, World at Risk.

FULL ARTICLE AT WIKIPEDIA.ORG
This article is licensed under the GNU Free Documentation License.
It uses material from the Wikipedia article "Bob Graham."