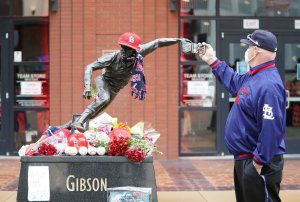 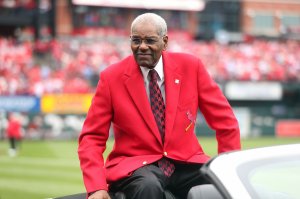 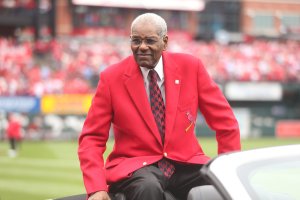 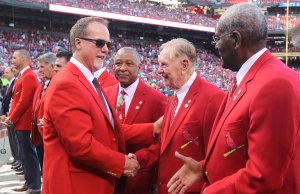 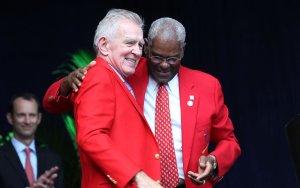 MLB // 1 year ago
Alex Bregman: Winning title for Dusty Baker on Astros' minds
Houston Astros second baseman Alex Bregman says the team has "one thing" on its mind this off-season: helping manager Dusty Baker get over the hump to win his first World Series.

MLB // 3 years ago
Streaking teams collide as Giants vist Diamondbacks
PHOENIX -- The Arizona heat is a fitting setting for the two teams meeting here this weekend.

MLB // 4 years ago
St. Louis Cardinals rough up Baltimore Orioles in 11-2 win
After playing in just 246 minor league games, infielder Paul DeJong could be in the Major Leagues to stay.

Top News // 5 years ago
The Almanac
On Nov. 9, 1906, Theodore Roosevelt travels to Panama to observe the construction of the canal. He was the first sitting President of the United States to embark on an official trip outside the country.

Patrick Robert "Bob" Gibson (born November 9, 1935 in Omaha, Nebraska) is a former right-handed baseball pitcher, playing for the St. Louis Cardinals from 1959 to 1975. He was elected to the Baseball Hall of Fame in 1981. Gibson was a fierce competitor who rarely smiled and was known to throw close fast inside pitches to let batters know who was in charge (similar to his contemporary and fellow Hall of Famer Don Drysdale), although he had good control and hit only 102 batters in his career (fewer than Drysdale's 154). Considered to be the best pitcher in Cardinals history (along with Dizzy Dean), Gibson dominated with his fastball, sharp slider, and a slow, looping curveball. He now resides in the Omaha suburb of Bellevue with his wife and son and is a special instructor coach for the St. Louis Cardinals.

Born Pack Gibson, after his father who died 3 months before his birth (the Gibson family could not afford a camera; therefore no photographs of his father exist). Gibson changed his name to Robert when he turned 18. Despite a childhood filled with health problems, including rickets, asthma, pneumonia, and a heart murmur, he was active in sports as a youth, particularly baseball and basketball. After a standout career in baseball and basketball at Tech High in Omaha, Gibson won a basketball scholarship to Creighton University.

FULL ARTICLE AT WIKIPEDIA.ORG
This article is licensed under the GNU Free Documentation License.
It uses material from the Wikipedia article "Bob Gibson."