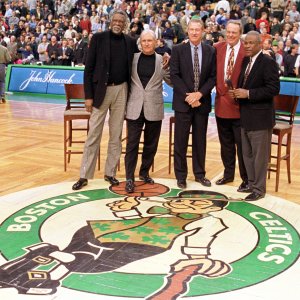 Top News // 2 years ago
The Almanac
On August 9, 1969, actress Sharon Tate and four other people were slain in Los Angeles by followers of Charles Manson in the first of two nights of murders.

Top News // 3 years ago
The Almanac
On August 9, 1993, King Albert II of Belgium was crowned 10 days after King Baudouin I, his older brother, died of heart failure.

Robert Joseph "Bob" Cousy (born August 9, 1928) is a retired American professional basketball player. The 6'1" (1.85-m), 175-pound (79.4-kg) Cousy played point guard with the National Basketball Association's (NBA) Boston Celtics from 1951 to 1963 and briefly with the Cincinnati Royals in the 1969–70 season. Cousy first demonstrated his basketball abilities while playing for his high school varsity team in his junior year. He obtained a scholarship to the College of the Holy Cross, where he led the Crusaders to berths in the 1948 and 1950 NCAA Men's Division I Basketball Tournament and was named an NCAA All-American for three seasons. Cousy was initially drafted as the third overall pick in the first round of the 1950 NBA Draft by the Tri-Cities Blackhawks, but after he refused to report with the Blackhawks, he was picked up by the Boston Celtics. Cousy had a highly successful career with the Celtics, winning six championship rings, being voted into 13 All-Star and 12 All-NBA First and Second Teams and winning the NBA Most Valuable Player Award in 1957.

In his first 11 seasons in the NBA, Cousy led the league in assists eight consecutive times and introduced a new blend of ball-handling and passing skills, earning him the nicknames "The Cooz," "Houdini of the Hardwood", and—as he was regularly introduced at Boston Garden—"Mr. Basketball." After his player career, he coached the Royals for several years, and even made a short comeback for the Royals at age 41. Afterwards, he became a broadcaster for Celtics games. He was elected into the Basketball Hall of Fame in 1971, and in his honor, the Celtics retired his number 14 jersey and hung it into the rafters of the Boston Garden, where it has remained since. Cousy was named to the NBA 25th Anniversary Team in 1971, the NBA 35th Anniversary Team in 1981, and the NBA's 50th Anniversary All-Time Team in 1996, making him one of only four players that were selected to each of those teams.

FULL ARTICLE AT WIKIPEDIA.ORG
This article is licensed under the GNU Free Documentation License.
It uses material from the Wikipedia article "Bob Cousy."