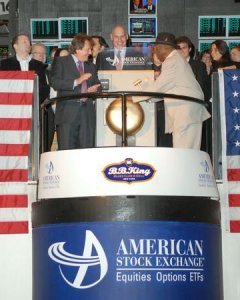 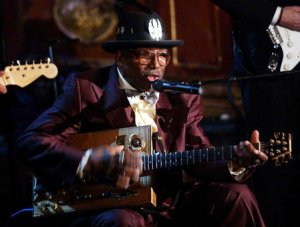 Top News // 4 years ago
The Almanac
On Dec. 30, 1958, revolutionaries under the command of Che Guevara battled with government troops for control of the city of Santa Clara, Cuba. Within 12 hours of the rebel victory, Batista had fled the country, with control of the country passing to Fidel Castro.

Bo Diddley (December 30, 1928 – June 2, 2008), born Ellas Otha Bates, was an original and influential American rock & roll singer, guitarist, and songwriter. He was known as "The Originator" because of his key role in the transition from blues music to rock & roll, influencing a host of legendary acts including Buddy Holly, Jimi Hendrix and Eric Clapton. He introduced more insistent, driving rhythms and a hard-edged guitar sound on a wide-ranging catalog of songs. Accordingly, he was inducted into the Rock and Roll Hall of Fame and received Lifetime Achievement Awards from the Rhythm and Blues Foundation " and the National Academy of Recording Arts and Sciences (Grammy). He was also known for his technical innovations, including his trademark rectangular guitar.

Born in McComb, Mississippi, as Ellas Otha Bates, he was adopted and raised by his mother's cousin, Gussie McDaniel, whose surname he assumed, becoming Ellas McDaniel. In 1934, the McDaniel family moved to the largely black South Side area of Chicago, where the boy dropped the name Otha and became known as Ellas McDaniel, until his musical ambitions demanded that he take on a more catchy identity. In Chicago he was an active member of his local Ebenezer Baptist Church, where he studied the trombone and the violin, becoming proficient enough on the latter for the musical director to invite him to join the orchestra, with which he performed until the age of 18. He was more impressed, however, by the pulsating, rhythmic music he heard at a local Pentecostal Church. Also, he became interested in the guitar.

Further inspired musically after seeing John Lee Hooker, he supplemented his work as a carpenter and mechanic with a developing career playing on street corners with friends, including Jerome Green (c. 1934–1973), in a band called The Hipsters (later The Langley Avenue Jive Cats). During the summer of 1943–44, he played for tips at the Maxwell Street market in a band with Earl Hooker. By 1951 he was playing on the street with backing from Roosevelt Jackson (on washtub bass) and Jody Williams (whom he taught to play guitar). Jody Williams later played lead guitar on "Who Do You Love?" (1956). In 1951 he landed a regular spot at the 708 Club on Chicago's South Side, with a repertoire influenced by Louis Jordan, John Lee Hooker, and Muddy Waters.

FULL ARTICLE AT WIKIPEDIA.ORG
This article is licensed under the GNU Free Documentation License.
It uses material from the Wikipedia article "Bo Diddley."
Back to Article
/