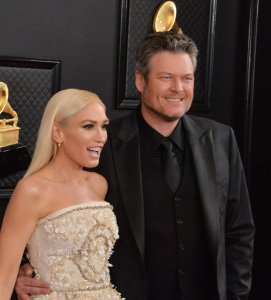 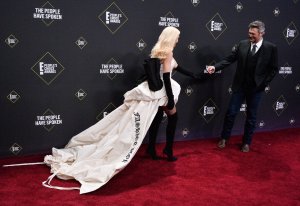 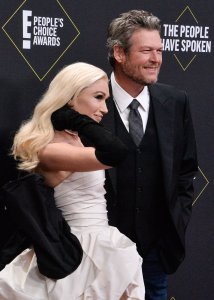 Music // 1 month ago
ACM Awards: How to watch, what to expect
The 56th annual Academy of Country Music Awards is taking place Sunday on CBS.

TV // 2 months ago
Ariana Grande joins 'The Voice' Season 21 as coach
"Positions" singer Ariana Grande will replace Nick Jonas as a coach in "The Voice" Season 21.

I was going through a divorce and turned 30 years old

When I first hit with 'Austin,' I was a guy who nobody knew who I was, and nobody cared who I was to, two months later, everybody was pulling at me

If Cyndi Thomson likes it, I'd have to say it's going to stay

Blake Tollison Shelton (born June 18, 1976) is an American country music artist. In 2001, he made his debut with the single "Austin". Released as the lead-off single from his self-titled debut album, "Austin" went on to spend five weeks at Number One on the Billboard Hot Country Songs charts. This song was the first single from his gold-certified debut album, which also produced two more Top 20 hits. Although the album was released on Giant Records Nashville, Shelton was transferred to Warner Bros. Records Nashville after Giant closed in late 2001.

His second and third albums, 2003's The Dreamer (his first for Warner Bros. proper) and 2004's Blake Shelton's Barn & Grill, were each certified gold as well. Shelton's fourth album, Pure BS, was issued in 2007, and re-issued in 2008 with a cover of Michael Bublé's pop hit "Home" as one of the bonus tracks. This cover was also that album's third single. A fifth album, Startin' Fires, was released in November 2008. It was followed by the extended plays Hillbilly Bone and All About Tonight in 2010, and the album Red River Blue in 2011. He is currently a vocal coach on the NBC reality talent show The Voice with Adam Levine, Christina Aguilera, and Cee Lo Green.

FULL ARTICLE AT WIKIPEDIA.ORG
This article is licensed under the GNU Free Documentation License.
It uses material from the Wikipedia article "Blake Shelton."
Back to Article
/