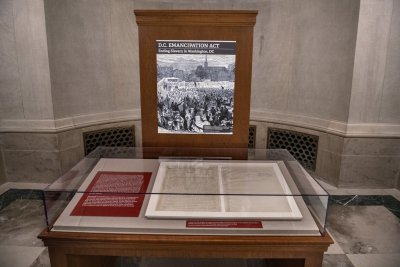 Blaise Pascal (French pronunciation: ; June 19, 1623 – August 19, 1662), was a French mathematician, physicist, inventor, writer and Catholic philosopher. He was a child prodigy who was educated by his father, a Tax Collector in Rouen. Pascal's earliest work was in the natural and applied sciences where he made important contributions to the study of fluids, and clarified the concepts of pressure and vacuum by generalizing the work of Evangelista Torricelli. Pascal also wrote in defense of the scientific method.

In 1642, while still a teenager, he started some pioneering work on calculating machines, and after three years of effort and 50 prototypes he invented the mechanical calculator. He built twenty of these machines (called the Pascaline) in the following ten years. Pascal was a mathematician of the first order. He helped create two major new areas of research. He wrote a significant treatise on the subject of projective geometry at the age of sixteen, and later corresponded with Pierre de Fermat on probability theory, strongly influencing the development of modern economics and social science. Following Galileo and Torricelli, in 1646 he refuted Aristotle's followers who insisted that nature abhors a vacuum. His results caused many disputes before being accepted.

In 1646, he and his sister Jacqueline identified with the religious movement within Catholicism known by its detractors as Jansenism. His father died in 1651. Following a mystical experience in late 1654, he had his "second conversion", abandoned his scientific work, and devoted himself to philosophy and theology. His two most famous works date from this period: the Lettres provinciales and the Pensées, the former set in the conflict between Jansenists and Jesuits. In this year, he also wrote an important treatise on the arithmetical triangle. Between 1658 and 1659 he wrote on the cycloid and its use in calculating the volume of solids.

FULL ARTICLE AT WIKIPEDIA.ORG
This article is licensed under the GNU Free Documentation License.
It uses material from the Wikipedia article "Blaise Pascal."
Back to Article
/