Sports News // 4 years ago
Right choice: Panthers set SB course with Cam Newton in 2011
Von Miller went into the 2011 NFL Draft thinking he could be the Carolina Panthers' choice to replace Julius Peppers.

Sports News // 4 years ago
Chip Kelly thrilled to return to 'just coaching' in San Francisco
Chip Kelly was drawn to the job of San Francisco 49ers head coach for many reasons, but it all boiled down to his passion for coaching.

Sports News // 4 years ago
2016 NFL Mock Draft: Cleveland Browns gamble on "franchise" QB
With Johnny Manziel likely on his way out of Cleveland, the Browns are back to the drawing board at the quarterback position. 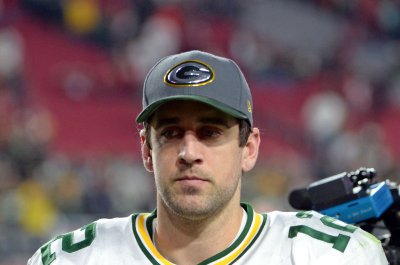 Sports News // 4 years ago
San Francisco 49ers' Anquan Boldin approaches a milestone
SANTA CLARA, Calif. -- Leave it to Charles Woodson to shut down yet another wide receiver this week, this one on the doorstep of one of the NFL's most sacred pass-catching milestones.

Sports News // 4 years ago
Jacksonville Jaguars preparing for the unknown with New Orleans Saints' Drew Brees ailing
JACKSONVILLE -- The Jaguars may not know until Sunday morning which quarterback they will be facing in New Orleans.

Blaine Gabbert (born October 15, 1989) is an American football quarterback for the Jacksonville Jaguars of the National Football League. He was drafted in the first round as the tenth overall pick in the 2011 NFL Draft. He played college football at Missouri before leaving early for the NFL after his junior year.

Gabbert was born in Ballwin, Missouri and attended Parkway West High School, where he played high school football. He recorded 623 passing yards and five touchdowns as a senior, despite an injured foot that limited him to four games. As a junior, he posted 1,523 yards and 20 touchdowns (on 119-of-231 passing) and also added another 458 yards rushing and 8 TDs. In his sophomore season, he threw for approximately 1,100 yards and 11 touchdowns as a first-year starter. He was named the number one quarterback heading to college by pro college scouts.

Coming out of high school in 2008, Gabbert was considered a major college recruitment prospect. Rated as a five-star recruit by Rivals.com, Gabbert was listed as the number 1 pro-style quarterback in the nation. He initially gave a verbal commitment to the University of Nebraska Cornhuskers, but rethought his decision after head coach Bill Callahan was fired. He eventually committed to the University of Missouri.

FULL ARTICLE AT WIKIPEDIA.ORG
This article is licensed under the GNU Free Documentation License.
It uses material from the Wikipedia article "Blaine Gabbert."
Back to Article
/