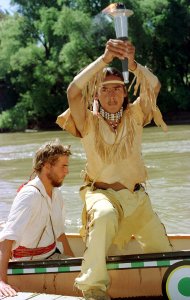 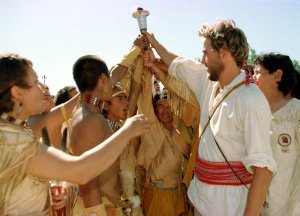 U.S. News // 7 years ago
Ohio man admits killing 4 last year
A Bucyrus, Ohio, man admitted Wednesday that he killed four other men during a nine-day quest for drug money last year.
U.S. News // 7 years ago
Suspect charged with killing four men in Bucyrus, Ohio
A suspect was charged Thursday with four counts of aggravated murder for an alleged killing spree that rocked the small city of Bucyrus, Ohio.
World News // 8 years ago
Rescuers tried to help young fishermen before wall of water hit boat
Rescue teams tried to keep up the spirits of young fishermen on a boat in Canada before a wall of water crashed into the boat and killed them, documents state.
U.S. News // 9 years ago
UPI NewsTrack TopNews
News from United Press International, around the world around the clock ...
World News // 9 years ago
No bodies found in Miss Ally
A search of the capsized Miss Alley Saturday turned up no sign of the Canadian commercial fishing boat's five missing crew members, searchers said.
U.S. News // 1 decade ago
Vito Giacalone, suspect in Hoffa case dies at 88
Vito Giacalone, a reputed mob enforcer in Detroit and suspect in the disappearance and presumed death of Jimmy Hoffa, has died at 88.
Top News // 1 decade ago
Grand Canyon flooding leaves devastation
Tribal members have returned to their Arizona homes and 11 missing tourists were found as Grand Canyon flood waters receded.
Sports News // 1 decade ago
Monk among those on college hall ballot
Art Monk, who was selected for the Pro Football Hall of Fame this year, is one of 75 players on the ballot to join the College Football Hall of Fame.
Entertainment News // 1 decade ago
Studio head Frank Capra Jr. dead at 73
Movie producer Frank Capra Jr. has died of prostate cancer in Philadelphia at the age of 73, his son Jonathan told the Los Angeles Times.
Top News // 1 decade ago
Escaped convict captured in Ohio
Police in Ohio captured an inmate who allegedly stole a guard's gun and uniform at a hospital and held a woman hostage at an accountant's office. Police said Billy Jack Fitzmorris, 34, escaped from St. Elizabeth's Hospital in Youngstown, Ohio, Monday aft

Billy Jack is the second, and highest grossing, in a series of motion pictures centering on a fictional character of the same name, played by Tom Laughlin who also directed and co-wrote the script. Filming began in Prescott, Arizona, in fall 1969, but the movie was not completed until 1971. American International Pictures pulled out of the production, halting filming. Twentieth Century Fox came in and filming eventually resumed, but when that studio refused to distribute the film, Warner Bros. took over.

The film lacked distribution, so Laughlin took it to theatres himself in 1971. The film died at the box office in its initial run but took in more than $40 million in its 1973 re-release, which was supervised by Laughlin.

Billy Jack is a "half-breed" American Cherokee Indian Green Beret Vietnam War veteran, hapkido master, and gunslinger. The character made his début in The Born Losers (1967), a so-called "biker film" about a motorcycle gang terrorizing a California town; Billy Jack rises to the occasion to defeat the gang by defending from their wrath a college student who has evidence against them for gang rapes. The first film was considered the typical drive-in theatre fare of the period, described by Entertainment Insiders reviewer Rusty White as "pure exploitation, but with something extra."

FULL ARTICLE AT WIKIPEDIA.ORG
This article is licensed under the GNU Free Documentation License.
It uses material from the Wikipedia article "Billy Jack."