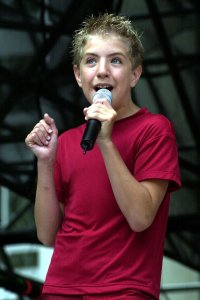 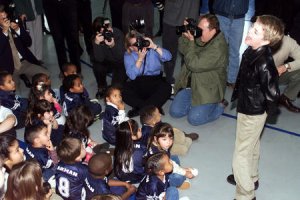 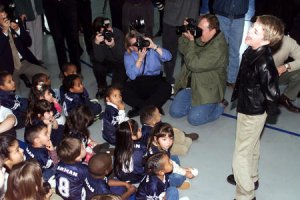 William Wendell (Billy) Gilman III (born May 24, 1988) is an American country music artist. In 2000, at the age of 12, he debuted with the single "One Voice," a Top 20 hit on the Billboard country music charts and became the youngest singer to chart a Top 40 hit on the country music charts. An album of the same name was released later that year on Epic Records, and was certified 2× Multi-platinum in the United States. Following it were a Christmas album and Dare to Dream, both of which were certified gold without a Top 40 single. He exited Epic's roster and did not release another studio album until 2005's Everything and More. In 2006, he released the self-titled Billy Gilman.

Born William Wendell Gilman on May 24, 1988, in Westerly, Rhode Island, he was raised in Hope Valley, Rhode Island. Gilman began singing before he was in school, and gave his first public performance at age seven. At the age of 8, Gilman was discovered by Ray Benson of Asleep at the Wheel, who helped him record demos. Gilman was then signed to Epic Records Nashville in 2000.

Gilman released his debut single, "One Voice", in 2000. Eleven years old at the time of its release, he became the youngest artist to chart a single on the Billboard country charts. "One Voice" peaked at #20 late in the year, and was the first single from his debut album, also titled One Voice. This album, certified 2× Multi-Platinum by the RIAA for shipping two million copies, also produced the #33 single "Oklahoma".

FULL ARTICLE AT WIKIPEDIA.ORG
This article is licensed under the GNU Free Documentation License.
It uses material from the Wikipedia article "Billy Gilman."
Back to Article
/