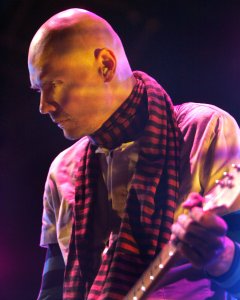 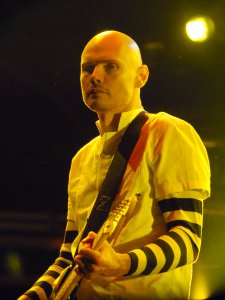 Top News // 3 years ago
The Almanac
On March 17, 1917, Russia appeared headed toward a republic following the end of the 300-year-old rule of the Romanoff family.

Top News // 4 years ago
The Almanac
On March 17, 1969, Golda Meir, a 70-year-old former Milwaukee schoolteacher, was elected prime minister of Israel, and the first female to hold the post.
Entertainment News // 6 years ago
Taylor Swift on boys who are on a diet: 'I can't hang out with you'
Taylor Swift opened up about cooking for men while baking and day drinking with Food Network host Ina Garten.

Corgan will continue to write and record as Smashing Pumpkins

Chamberlin out of Smashing Pumpkins Mar 21, 2009

AM and FM music radio stations earn billions in advertising revenue without compensating the artists, musicians and rights holders who bring music to life and listeners' ears to the radio dial

For a year now I have walked around with a secret, a secret I chose to keep

I want my band back, and my songs, and my dreams

The Cure is one of my favorite bands of all time

William Patrick "Billy" Corgan, Jr. (born March 17, 1967) is an American singer, songwriter, guitarist and occasional poet best known as the frontman and sole permanent member of The Smashing Pumpkins. Formed by Corgan and guitarist James Iha in Chicago, Illinois in 1987, the band quickly gained steam with the addition of bassist D'arcy Wretzky and drummer Jimmy Chamberlin. In three years, The Smashing Pumpkins had transformed themselves into a major label success. Strong album sales and large-scale tours propelled the band's increasing fame in the 1990s, while Chamberlin's drug problems escalated until he had to be fired. The Pumpkins continued as a three-piece until Chamberlin rejoined the band in 1999, then broke up in 2000. Corgan started a new band with Chamberlin right away, called Zwan, and after their demise, he released a solo album and a collection of poetry before setting his sights on reforming the Smashing Pumpkins.

The new version of that band, consisting of Corgan, Chamberlin, and a revolving tour lineup, released an album in 2007 and followed it with extensive touring over the next year and a half. Chamberlin left the Smashing Pumpkins in March 2009, while Corgan continued on with a new lineup, currently recording the album Teargarden by Kaleidyscope and touring.

FULL ARTICLE AT WIKIPEDIA.ORG
This article is licensed under the GNU Free Documentation License.
It uses material from the Wikipedia article "Billy Corgan."
Back to Article
/