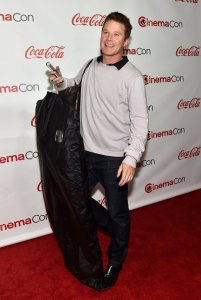 Entertainment News // 3 years ago
Billy Bush shares hospital selfie after being hit by golf ball
Billy Bush shared with fans on Instagram Monday a series of selfie's featuring himself laying in a hospital bed after he was struck by a golf ball. 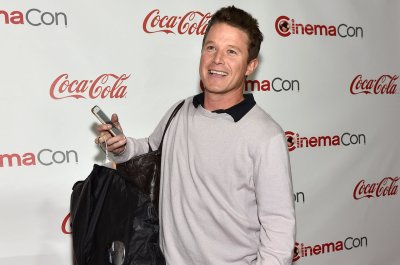 Entertainment News // 3 years ago
Billy Bush says Trump tape made his daughter cry: 'She was really upset'
Billy Bush says that his 16-year-old daughter was hurt by the recorded conversation he had with President Donald Trump in 2005.

Entertainment News // 4 years ago
Kate Winslet says childhood bullies called her 'Blubber'
Kate Winslet recalled being teased for her weight in a speech at WE Day U.K. while encouraging kids "to rise above it all."

Opinion // 4 years ago
Tuesday could be a national day of mourning at the polls
By a wide majority, Americans do not like, do not trust and would prefer to have different candidates running for the presidency.

First of all, who is he? Is he a plumber or? I've never heard of him

He definitely looked cool until he ended up on the sidewalk

Not only did that land her in an ambulance and ultimately the E.R., but it's my fault

Did you know she was going to make an announcement

William Hall "Billy" Bush (born October 13, 1971) is a radio and television host in the United States. He hosts The Billy Bush Show, a nationally-syndicated radio show that airs throughout the U.S. on Westwood One. Bush is also the primary host of Access Hollywood, a syndicated entertainment-news show. He is also ambassador for Operation Smile.

Born William Hall Bush, he is the son of Josephine (née Bradley) and Jonathan Bush. His father is the younger brother of the 41st President of the United States George H. W. Bush, making Billy the nephew of George H. W. Bush and cousin of the 43rd President of the United States George W. Bush. Bush attended St. George's School in Rhode Island, and in 1994 he graduated with a Bachelor of Arts in International Studies and Government from Colby College in Waterville, Maine, where he was also a two-time captain of the college's men's lacrosse team.

He resides in Los Angeles with his wife, Sydney Davis, whom he married on April 4, 1998, and their three children: Josephine, Mary, and Lillie.

FULL ARTICLE AT WIKIPEDIA.ORG
This article is licensed under the GNU Free Documentation License.
It uses material from the Wikipedia article "Billy Bush."
Back to Article
/