TV // 4 years ago
CBS starts production on Season 3 of 'Zoo'
Season 3 of the sci-fi series "Zoo" has begun shooting. 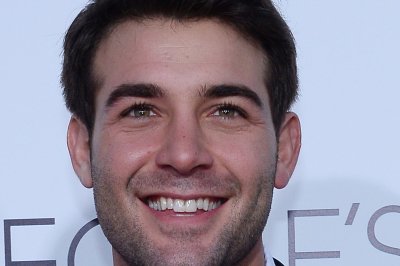 Movies // 4 years ago
Teresa Palmer on the possibility of a 'Lights Out' sequel: 'I would love to come back'
Australian actress Teresa Palmer says she loved working on "Lights Out" and would be happy to appear in a sequel should one be greenlit.

Movies // 4 years ago
Teresa Palmer wanted to sleep with light on after 'Lights Out' filming
Australian actress Teresa Palmer says she understands why people are terrified by her new horror movie "Lights Out."
TV // 5 years ago
CBS orders a second season of 'Zoo' to air next summer
CBS has ordered a second season of "Zoo," the summer limited series which ended last month with a massive cliffhanger.
Odd News // 7 years ago
The almanac
UPI Almanac for Monday, Nov. 25, 2013.

His motion picture credits include Jane Austen's Mafia!, Along Came a Spider, Final Jeopardy, Flashpoint and Ladder 49. His upcoming film credits include The Fallen, Forfeit, Fracture and Retirement. He also appeared in Feast of Love (2007), co-starring Selma Blair and Morgan Freeman. In 2008, Burke appeared in Twilight, based on the best-selling novel by Stephenie Meyer, playing the role of Charlie Swan. He also portrayed Bobby's brother Jack on the show My Boys. Burke reprised his role as Charlie Swan in Twilight's sequels, New Moon and Eclipse.

FULL ARTICLE AT WIKIPEDIA.ORG
This article is licensed under the GNU Free Documentation License.
It uses material from the Wikipedia article "Billy Burke."
Back to Article
/